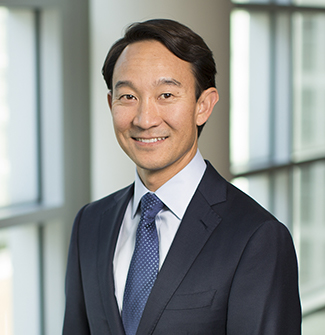 Darren Teshima helps clients through complex commercial litigation, with a special focus on intelligent risk mitigation. From providing counsel to safeguard against anticipated and unforeseen dangers to handling high stakes litigation, clients turn to him for creative solutions to protect their businesses. Darren’s Insurance Recovery clients are exclusively policyholders seeking his advice to pursue claims and help them improve their coverage programs. Chambers USA 2022 has clients praising Darren as “incredibly efficient, responsive and practical” adding, “For any insurance coverage questions, he is my first call.”

Darren’s proactive judgement has protected clients’ long-term business goals time and again. He serves as a true business partner to technology and financial services clients, working closely with in-house risk management and legal departments to tailor innovative strategies to maximize available insurance and indemnification coverage. Clients find Darren invaluable, telling Chambers USA 2022, “He’s a go-to for knowledge of the insurance industry and policies - he knows the whole life cycle of a claim and has a wealth of industry contacts.” Industry leaders rely on Darren to guide them through the cutting-edge issues they’re facing today, from D&O coverage on SPAC transactions, to reps & warranties and indemnification coverage in agreements and transactions, to E&O and cyber coverage related to data breaches.

When litigation is necessary, Darren helps clients assert their rights. He has successfully litigated high stakes commercial disputes with significant wins in connection with insurance coverage, D&O coverage, and cyber insurance for some of the largest data breaches in history. It's this full scope practice offering and experience that has clients telling Legal 500, “Darren Teshima and his team are uniquely positioned to deliver exceptional guidance with respect to insurance coverage matters. The team is adept at pursuing coverage and bad faith claims, and it has a breadth of industry experience and contacts.”

Darren has been recognized for his work on behalf of insurance policyholders by Legal 500, Chambers USA, and has been named a Law360 Rising Star, as well as one of the “Best Lawyers Under 40” by the National Asian Pacific American Bar Association.

Darren is a leader at Orrick, currently serving as co-leader of Orrick’s Diversity, Equity and Inclusion Initiative, and previously as deputy, co-leader and leader of the Complex Litigation and Dispute Resolution practice from 2016-2020. He is passionate about making the legal profession inclusive for all and takes an active role in D&I industry engagements, including as a fellow in the Leadership Council on Legal Diversity and participating in the Diversity in Law Hackathon.

Darren also is deeply committed to pro bono work and community involvement. He’s handled administrative trials and hearings on behalf of asylum seekers and low-income tenants and provided litigation advice to nonprofit organizations. For his efforts, Legal Services for Children honored him with the Pro Bono Advocate Award twice. Currently, Darren is the chair of the Asian Americans Advancing Justice – Asian Law Caucus, and serves on the board of Legal Services for Children.

END_OF_DOCUMENT_TOKEN_TO_BE_REPLACED

In 2006, Bear Stearns agreed to a $250 million “neither admit nor deny” settlement with the SEC to settle charges that it facilitated late trading and deceptive market timing by its hedge fund customers. $160 million of that settlement payment was characterized in the SEC’s Order as disgorgement of profits, even though Bear Stearns contended its own profits from the trades were less than $17 million. J.P. Morgan (the successor to Bear Stearns) sought D&O insurance coverage for the portion of the disgorgement payment that was attributable to the profits of its hedge fund customers, rather than revenue it received. The insurers denied the Bank’s claim on the ground that New York public policy prohibits insurance coverage for disgorgement payments. Disgorgement, the reasoning goes, is the return of ill-gotten gains and therefore payment for intentionally caused harm. The insurers also argued that disgorgement does not qualify as a “loss” or “damage” under terms of the insurance policies. The trial court agreed and dismissed Bear Stearns coverage suit against its D&O insurers.

On June 11 the New York Court of Appeal reinstated Bear Stearns’s coverage action. J.P. Morgan Securities Inc., et al. v. Vigilant Ins. Co., et al., 2013 N.Y. LEXIS 1465 (June 11, 2013). The Court of Appeal held that the Court must look beyond the labels of the SEC Order and even beyond its findings that the Bank’s securities law violations were willful. Those findings, the Court held, were not sufficient to conclusively establish that Bear Stearns intentionally caused harm. In short, the Court of Appeal allows the possibility of coverage for disgorgement if the insured can demonstrate that the payment, although labeled “disgorgement”, is actually payment for something else that might otherwise qualify for insurance coverage.

The June 11 ruling is notable for another reason – it came the week before SEC Chairwoman Mary Jo White announced that the SEC would depart in some cases from its long-established practice of “neither admit nor deny” settlements. It is an open question whether the Court of Appeal would have allowed J.P. Morgan/Bear Stearns’ coverage action to proceed if its settlement with the SEC had not included a neither admit nor deny provision. The Court’s willingness to look beyond the disgorgement label further highlights the importance of avoiding binding admissions wherever possible, so as to leave open every possible coverage avenue.