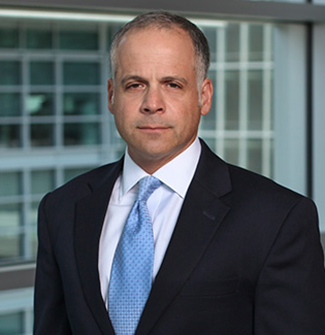 On September 26, 2017, SEC Chairman Jay Clayton testified before the Senate’s Banking, Housing and Urban Affairs Committee regarding the direction of the SEC under his Chairmanship. He also took the opportunity to address the 2016 cyberattack on EDGAR, the agency’s electronic filing system.

As in his first public speech as SEC Chair, in July 2017, Chairman Clayton’s testimony reveals his focus on issues related to cybersecurity, capital formation, and enforcement actions addressing traditional forms of fraud and misconduct. His testimony further reveals his position that regulations should be retroactively evaluated and relaxed as necessary, in order to account for the direct and indirect costs of compliance.

Below are key highlights of Chairman Clayton’s testimony:

END_OF_DOCUMENT_TOKEN_TO_BE_REPLACED

The Financial CHOICE Act (or “CHOICE Act 2.0”), which would significantly narrow the SEC’s ability to bring enforcement actions and make it more challenging for it to prevail in such actions, is inching its way towards becoming law. On May 4, 2017, the Financial Services Committee passed the Act and it is now slated to be introduced to the House in the coming weeks. As part of the push by the current administration to deregulate, this bill aims to repeal key provisions of the Dodd-Frank Wall Street Reform and Consumer Protection Act, including those directed towards the SEC.  Although the Act has a long way to go before it is enacted, many of its provisions would have far-reaching consequences and would change the way the SEC operates as we know it.

Should the CHOICE Act 2.0 become law, the following are some of the more important effects it would have on the SEC’s enforcement abilities:

END_OF_DOCUMENT_TOKEN_TO_BE_REPLACED

On February 9, 2017, the Supreme Court of Delaware summarily affirmed the Court of Chancery’s decision in In re Volcano Corp. Stockholder Litigation which had dismissed plaintiffs’ complaint on defendants’ 12(b)(6) motion to dismiss.

Plaintiffs, former stockholders of Volcano Corporation, had brought an action against defendants for breaches of fiduciary duty arising from the all-cash merger between Volcano and Philips Holding USA Inc. The parties had disputed what standard of review the Court of Chancery should apply: the Revlon test, as plaintiffs claimed, because Volcano’s stockholders received cash for their shares, or the irrebuttable business judgment rule, as defendants argued, because Volcano’s stockholders were “fully informed, uncoerced, and disinterested” when they approved the merger by tendering a majority of Volacano’s shares into a tender offer.  As the Court of Chancery explained, if a business judgment rule is irrebuttable, plaintiffs could only challenge the transaction on the basis of waste.  Thus, plaintiffs also argued in the alternative that if the business judgment rule did apply, it should only be a rebuttable presumption.

END_OF_DOCUMENT_TOKEN_TO_BE_REPLACED

In a 2-1 decision, the Seventh Circuit has joined the Delaware Court of Chancery’s call for enhanced scrutiny of “disclosure-only” M&A settlements that involve no monetary benefits to shareholders.  As previously discussed here, M&A litigation, typically alleging breach of fiduciary duty by directors and insufficient disclosures, often ends in settlement, with defendants agreeing to provide supplemental disclosures in exchange for broad releases of claims, while plaintiffs’ counsel “earns” large attorneys’ fees for providing the class with the “benefit” of the agreed-upon disclosures.  In In re Walgreen Company Stockholder Litigation (“In re Walgreen Co.”), the Seventh Circuit rejected such a settlement, endorsing the standard for approval of disclosure-only settlements articulated by the Delaware Court of Chancery in In re Trulia, Inc. Shareholder Litigation (“In re Trulia”).  In In re Trulia, the Court of Chancery held that disclosure-only settlements in M&A litigation will meet with disfavor unless they involve supplemental disclosures that address a “plainly material misrepresentation or omission” and any proposed release of claims accompanying the settlement encompasses only disclosure claims and/or fiduciary duty claims regarding the sale process.

END_OF_DOCUMENT_TOKEN_TO_BE_REPLACED

On June 9, 2016, the Securities and Exchange Commission (‘SEC”) awarded the second largest whistleblower bounty – $17 million – granted under the Dodd-Frank whistleblower rules to date.  Previously, the highest whistleblower awards were a $30 million award in September 2014 and a $14 million award in October 2013.  The $17 million award comes on the heels of $26 million in whistleblower awards given to five anonymous individuals over the last month alone.  These awards serve as a warning to companies that the SEC takes its whistleblower program seriously and will continue to encourage and reward company insiders for coming forward with information that leads to successful enforcement actions.  As Sean X. McKessy, Chief of the SEC’s Office of the Whistleblower – a department created by the SEC to give whistleblowers a place to submit their tips – said, “[W]e hope these substantial awards encourage other individuals with knowledge of potential federal securities law violations to make the right choice to come forward and report the wrongdoing to the SEC.”

END_OF_DOCUMENT_TOKEN_TO_BE_REPLACED

The Securities and Exchange Commission’s Office of the Inspector General (“OIG”) recently released findings from its extensive investigation into allegations of potential bias against respondents in SEC administrative proceedings.  The OIG report comes at a time when the fairness of the SEC’s in-house administrative forum is under scrutiny from both inside and outside of the agency.

END_OF_DOCUMENT_TOKEN_TO_BE_REPLACED

Disclosure-only settlements have been popular in the past – last year, about 80% of settlements in M&A-related lawsuits were for disclosures only, according to Cornerstone Research – but lately they have come under scrutiny.  The Delaware Court of Chancery has issued opinions refusing disclosure-only settlement agreements before, noting that at times in these cases “there is simply little to commend the process of weighing the merits of a ‘settlement’ of litigation where the only continuing interest is that of the plaintiffs’ counsel in recovering a fee.”  The incentives of attorneys on both sides can be such that “the potential claims belonging to the class [are not] adequately or diligently investigated or pursued.”

END_OF_DOCUMENT_TOKEN_TO_BE_REPLACED

On July 1, 2015, the United States for the District of Columbia sued the estate and trusts of the late Layton P. Stuart – the former owner of One Financial Corporation and its subsidiary One Bank & Trust– and the trust’s beneficiaries, for alleged fraud on the Treasury Department and its Troubled Asset Relief Program (“TARP”).  This civil suit is the latest in a growing list of cases brought by the government to recover TARP funds that it alleges were fraudulently procured.

END_OF_DOCUMENT_TOKEN_TO_BE_REPLACED

Even with the SEC’s home-court advantage in bringing enforcement actions in its administrative court rather than in federal court, the SEC will still criticize its own administrative law judges (“ALJ”) when an ALJ’s decision falls short of established legal standards.  On April 23, 2015, the SEC found that an ALJ’s decision to bar Gary L. McDuff from associating with a broker, dealer, investment adviser, municipal securities dealer, municipal adviser, transfer agent or nationally recognized statistical rating organization was insufficient because it lacked enough evidence to establish a statutory requirement to support a sanctions analysis.  The SEC then remanded the matter to the same ALJ – no doubt in an effort to encourage him to revise his initial opinion.