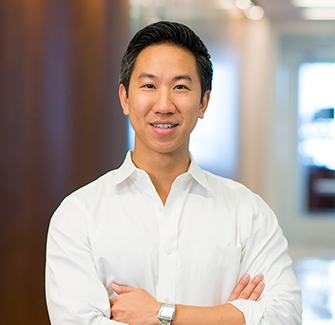 Sunny aggressively safeguards the interests of the world's most innovative companies and their founders, directors, and officers.  A natural litigator, he has successfully briefed and argued dispositive motions in both federal and state court, as well as an appeal before the Ninth Circuit Court of Appeals.  Sunny is adept at all stages of discovery, comfortable with cross-border disputes, and experienced in both government and internal investigations.

Sunny jumpstarted his career by honing his research and writing skills as law clerk to Chief Judge Kimberly J. Mueller of the Eastern District of California and judicial extern to the late Judge Harry Pregerson of the Ninth Circuit.  Before law school, Sunny served for several years as a trade attache for the French government, covering the oenology and viticulture sector.

An impassioned promoter of diversity in the legal profession, Sunny has chaired or co-chaired the Los Angeles Diversity, Equity & Inclusion Committee since 2018.

Cryptocurrencies, including Bitcoin, have been in the news a lot lately, but many people still don’t know what they are—or whether they’re regulated.  Here’s a quick rundown.

Cryptocurrencies are decentralized digital cash systems.  Eschewing centralized control, such as a bank or government, cryptocurrencies instead rely on pseudonymous peer-to-peer networks—think Napster of yore—in which all actors in the network must recognize and reflect a transaction.  To illustrate how this works, if Person A has an apple and trades it to Person B for her orange, Person A cannot thereafter trade that apple to Person C because everyone knows from a public ledger that Person A has already traded his one apple.

The security of the public ledger is then of paramount importance—so how do cryptocurrencies ensure ledger security?  They rely on people called miners.  Miners are basically the bookkeepers of the public ledger, and anyone with the time, energy, and equipment can be a miner.  When a transaction occurs, it is not immediately added to the public ledger; instead, a miner must first confirm it.  To do so, miners generate a complicated code that: (1) memorializes the data relating to the transaction; (2) refers to the previous confirmed transaction in the system (a sequential timestamp of sorts); and (3) complies with the particular cryptocurrency’s specific requirements.  This is a challenging and necessary task that protects the public ledger—a transaction won’t be confirmed if a code can’t be generated that aligns with previous ledger entries.  Using the earlier example, once Person A’s apple-orange trade has been confirmed, he can’t trade the apple again because any code generated after that reflects that he has already traded his apple.  Without an acceptable code, no new transaction can be confirmed.

END_OF_DOCUMENT_TOKEN_TO_BE_REPLACED

The House has approved major changes to signature aspects of Dodd-Frank. While those changes are unlikely to survive intact, they are certainly worthy of close attention. We’ve studied the nearly 600-page bill so you don’t have to.

On June 8, 2017, the House passed H.R. 10, entitled the Financial CHOICE Act of 2017. Sponsored by Rep. Jeb Hensarling (R-Texas), the bill advances to the Senate after a largely party-line vote, 233 to 186. All but one Republican supported the bill, while all Democrats opposed.

The bill extensively amends the Dodd-Frank Wall Street Reform and Consumer Protection Act, the landmark 2010 legislation passed by a Democrat-controlled Congress in the wake of the Lehman Brothers collapse and ensuing financial crisis.