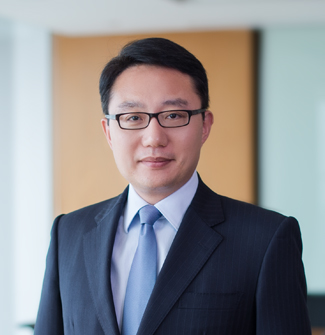 Yufeng (Ethan) Ma, a partner and the chief representative in Orrick’s Shanghai office, has over 18 years of experience assisting clients in intellectual property (IP) related matters including IP litigation before the US International Trade Commission (ITC) and the US federal courts.

Over the years, Ethan has represented dozens of Chinese companies in resolving their IP disputes in the U.S. Ethan and his litigation teams won a number of high-profile ITC investigations involving Chinese companies and earned clients’ long-term trust. In one investigation (337-TA-623), his clients are four subsidiaries of a large state-owned company in China, who were sued for patent infringement. The Commission reversed the late Chief Administrative Law Judge’s unfavorable decision and found that Ethan’s clients were not infringing and did not violate Section 337. In another investigation (337-TA-655), he represented the complainant and its subsidiaries in China suing a group of Chinese respondents for trade secret misappropriation. The ITC issued a 10-year exclusion order against these respondents. This landmark decision represents a new development of trade secret law and ITC jurisdiction in the U.S., and was upheld by the US Court of Appeals for the Federal Circuit. Since then, Ethan has won case after case on behalf of his clients, keeping his undefeated record to this day. He is also committed to resolving disputes in the most cost-effective and timely way. “Ethan always tries to resolve matters for clients at the lowest cost possible,” said a client who won a case as he recommended Ethan to his peers.

For instance, in 2017, Ethan successfully defended Shenzhen Howshow Technology against Kent Displays, Inc. in an ITC 337 investigation (337-TA-1035) involving alleged infringement of patents relating to liquid crystal e-writers and components. Orrick secured a complete victory for the client by forcing the complainant to unconditionally withdraw after four months of active litigation. The case was named “Deal of the Year 2017 – Disputes and Investigations” by China Business Law Journal.

In another case, Ethan successfully defended Shanghai Sansi Electronic Engineering Co., CreateLED Electronics Co., Yaham Optoelectronics Co. and other Chinese respondents against Ultravision Technologies in an ITC Section 337 investigation (337-TA-1114) filed on 27 March 2018 involving alleged infringement of patents relating to certain modular LED display panels and components. The complainant was forced to withdraw the complaint unconditionally during the expert discovery period in November 2018, which led to a final termination by the ITC on 21 February 2019.

Prior to joining Orrick, Ethan served as Director of IP, Asia of a world leader in specialty glass and ceramics, where he was in charge of the company’s daily IP matters in China and throughout Asia. Before that, he was a partner and member of the Board at McAndrews, Held & Malloy in Chicago, Illinois. Ethan was the first non-US born lawyer of that firm.

In the past 18 years, Ethan has been committed to building bridges and facilitating understanding between China and the US on IP protection and exchange. In addition to being a frequent speaker at various seminars and conferences in China and the US, Ethan regularly publishes articles and has been interviewed by numerous media. He served as a committee member of the Asian Legal Committee of Intellectual Property Owners Association (IPO) for many years.

Ethan is also actively involved in the “One Belt One Road” and “Going Out” initiatives led by the PRC government and non-profit organizations. He participated in Shanghai Municipal Commission of Commerce’s “Going Overseas Service Portal” project in 2019, and acts as a special advisor to Wisdom IP - Overseas Intellectual Property Alliance (WIPA), Nanjing, Jiangsu.

Article 123 of the General Provisions of the Civil Law of the People’s Republic of China (effective Oct. 1, 2017) confirmed that trade secrets are intellectual property, signifying China’s recognition of the importance of trade secret protection.  Nevertheless, trade secret misappropriation remains rampant in the country.  END_OF_DOCUMENT_TOKEN_TO_BE_REPLACED

Recently, China and the U.S. have reached some meaningful commitments on minimizing trade secrets misappropriation and protecting intellectual property during their Joint Commission on Commerce and Trade.The commitments represent a step forward for trade secrets protection between the U.S. and China. Many U.S. companies, however, still complain that they are burdened by intricate laws and litigation regarding trade secret misappropriation in China. Here’s a primer on Chinese trade secrets law, which is often jurisdiction-specific. END_OF_DOCUMENT_TOKEN_TO_BE_REPLACED

In China, victims of trade secret misappropriation suffering losses over RMB 500,000 are entitled to file a civil action and may also report the case to public security authorities to initiate a criminal investigation. (For more of our coverage about trade secrets protection in China, click here). When both criminal and civil actions are pending, a Chinese criminal court tends to use the civil decision, if available, as the basis of proving the crime of trade secret misappropriation as long as the damages requirement is met. In Maige Kunci Co., Ltd. v. Suzhou Ruitai New Metal Co., Ltd. (regarded as one of the top 10 Chinese IP cases in 2014) END_OF_DOCUMENT_TOKEN_TO_BE_REPLACED