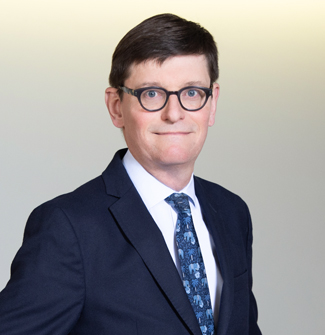 Frédéric Lalance has been advising and representing major French and international companies for over thirty years in complex pre-litigation and litigation proceedings, with a particular focus on Commercial Litigation and Compliance. He is head of the Paris office's Litigation Group.

Frédéric assists his clients in litigation arising from commercial, industrial and financial disputes, corporate law and insolvency proceedings, both before the French courts and in multi-jurisdictional cases – notably in Africa before the OHADA jurisdictions.

He also assists his clients before arbitral institutions and in alternative dispute resolution proceedings.

In this respect, he has broad expertise in internal investigations (national and international), the implementation of compliance programs and the prevention of cyber-crime risks.

Frédéric is ranked each year by the leading international guides as one of the best litigation practitioners in France. He is the author of several publications on current developments in litigation and anti-corruption regulations.

Can trade secret owners secretly petition a court to seize property from a competitor that they suspect of stealing trade secrets? In the United States, the answer is: “Not yet.” This is one of the issues that Congress is considering as it debates a myriad of proposed trade secret reform bills. But in France, ex parte seizure orders have been available for some time and can be a powerful tool for trade secret owners to preserve the status quo and prove a case of trade secret misappropriation.

In France, companies that suspect a competitor has stolen its trade secrets can bring an action for unfair competition before the “Tribunal de Commerce,” or Commercial Court. In these types of cases, trade secret owners can allege that their competitors are unfairly benefitting from the plaintiff’s research and development efforts. Although discovery in France is limited, Article 145 of the French Code of Civil Procedure can help plaintiffs obtain the necessary evidence through a pretrial investigative measure known as a “référé in futurum.” END_OF_DOCUMENT_TOKEN_TO_BE_REPLACED

If your trade secrets get stolen in France, what protections would you have?  Most U.S. trade secret lawyers don’t have occasion to consider trade secret laws outside the United States, but there’s a whole world beyond the Uniform Trade Secrets Act!  Other countries also recognize the value of trade secrets and have taken steps to protect them.

For the first time in France, the National Assembly adopted a bill aimed at criminal sanctions for trade secret disclosure.  This bill, called the “Proposition de loi visant à sanctionner la violation du secret des affaires,” recognizes that the financial value of a company depends more and more on ideas, know-how, and trade secrets that give companies an edge over their competitors.  The bill imposes penalties of up to three years’ imprisonment, individual fines of up to €375,000 and corporate fines up to €1.875 million for the disclosure of trade secrets.  These penalties aren’t as stiff as the U.S.’s Economic Espionage Act, which was recently amended to increase individual fines up to USD $5 million and corporate fines up to USD $10 million or three times the value of the stolen trade secret to the organization END_OF_DOCUMENT_TOKEN_TO_BE_REPLACED