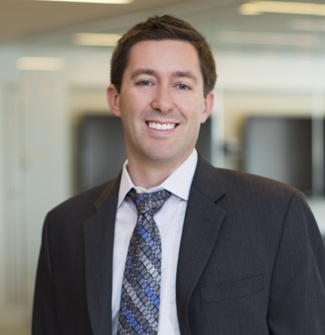 As a member of Orrick’s Intellectual Property group, Geoff represents clients big and small through all stages of litigation, from pre-suit investigations through trial and appeals. Geoff was a member of the trial team and lead technology associate in Oracle v. Google, the long-running and high stakes lawsuit over Google’s use of Oracle’s Java APIs in the Android operating system. Geoff also has significant experience representing clients in a variety of commercial, employment, and products liability lawsuits.

Before attending law school, Geoff worked as a software developer at The Capital Group Companies, Raytheon, and the Teradata division of NCR.

Geoff spends significant time working on pro bono matters, notably with the Domestic Violence Project through the Los Angeles County Bar Association. The Project helps those in need navigate a complicated legal system in their time of need to get the restraining orders they need to stay safe.

From Minnesota comes a delicious reminder that the protection of trade secrets requires consideration of a company’s entire intellectual property strategy.  Without such a comprehensive strategy, in the most prosaic of terms, a company’s bacon is cooked.

Unitherm Food Systems, Inc. designs and manufactures equipment used to process and cook meat.  It claims to have invented a revolutionary process to prepare pre-cooked sliced bacon that closely resembles the bacon you’d get from traditional pan frying.  You can watch this mouth-watering process in action here. Unitherm treated this process as a trade secret.

END_OF_DOCUMENT_TOKEN_TO_BE_REPLACED

We recently reported on good things (big verdicts) coming to trade secret plaintiffs that endure lengthy lawsuits.  But good things don’t always come to those who wait.  One trade secrets plaintiff received a starkly less favorable result after battling for ten years over misappropriation of its alleged trade secrets and related claims.  On June 18, Eaton Corporation and Triumph Group announced they settled their decade-long dispute arising from Eaton’s claims that its former employees stole trade secrets and used them at competitor Frisby Aerospace (later acquired by Triumph). Though the exact terms of the settlement are confidential, Eaton will reportedly pay about $135 million to Triumph and $12 million to be split among its former employees. END_OF_DOCUMENT_TOKEN_TO_BE_REPLACED

The U.S. Department of Defense issued final rulemaking on November 18, 2013 that will require DOD contractors to protect from attack confidential technical information on their computer systems, and to report and cooperate with DOD in the event that this information is compromised through a cyberattack.  The rules come nearly two years after draft rules were first announced and in the midst of continuing public concern about the threat of state-sponsored trade secrets theft. END_OF_DOCUMENT_TOKEN_TO_BE_REPLACED

In his classic song The Gambler, Kenny Rogers famously advised: “You got to know when to hold ‘em, know when to fold ‘em, know when to walk away, know when to run.” It’s good guidance for surviving a poker table, but also important to plaintiffs prosecuting trade secret claims.  Understanding your evidence — or lack thereof — can mean the difference between winning or losing and having to pay your opponent’s attorneys’ fees.

In the recent case of All American Semiconductor LLC v. APX Technology Corp., a California appellate court affirmed a trial court’s award of $200,000 in attorneys’ fees against a plaintiff for prosecuting a trade secret case in bad faith.  Though the case is not published, it is a good reminder that aggressively pursuing and maintaining trade secret claims based on speculation and suspicions, without strong evidence, can have serious consequences.

California’s Uniform Trade Secrets Act provides for attorneys’ fees when a plaintiff has brought a bad-faith trade secret claim.  It states: “If a claim of misappropriation is made in bad faith, a motion to terminate an injunction is made or resisted in bad faith, or willful and malicious misappropriation exists, the court may award reasonable attorney’s fees and costs to the prevailing party.” END_OF_DOCUMENT_TOKEN_TO_BE_REPLACED