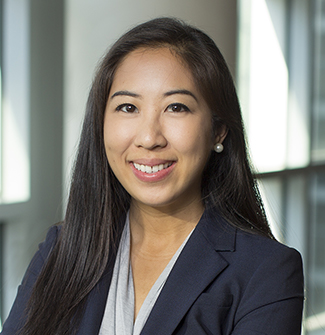 Partner
San Francisco Office
jclee@orrick.com
Read full biography at www.orrick.com
Jennifer Lee is a Partner in Orrick’s San Francisco office who focuses her practice on complex commercial litigation. She defends investment banks, corporations and individuals in complex financial litigation, particularly in cutting edge litigation arising from a constantly changing financial markets environment. She has deep knowledge of the structured finance and mortgage servicing industries, having spent nearly a decade representing financial institutions in million and billion-dollar cases arising from the fallout of the 2009 financial crisis.
Jennifer has spent nearly a decade defending her clients in federal and state litigation alleging fraud, breach of contract, or securities law violations related to residential mortgage-backed securities (RMBS). She is a long-standing key member of an Orrick team that has shaped the legal landscape of RMBS litigation after the 2009 financial crisis, delivering out-of-the box arguments and innovative solutions for our clients, from initial receipt of pre-litigation demands through massive discovery, expert work, summary judgment and trial preparation. Jennifer also has significant mortgage servicing expertise, and represents a major mortgage servicer in a consumer class action in California.

A $700 million jury award for trade secrets misappropriation and fraud is the product of a collusive scheme to deceive the jury, claims title insurance and valuations provider Amrock, formerly known as Title Source, in its recent bid for a new trial.

The blockbuster award to technology start-up HouseCanary arose out of its 2015 contract to provide Amrock with access to its proprietary app designed to generate real estate valuations for house appraisers based on a proprietary automated valuation model. Several months later, Amrock accused HouseCanary of breaching the contract by failing to provide any usable products. Amrock terminated the agreement and sought a declaratory judgment in Texas state court that it need not pay HouseCanary the contracted $5 million in annual access fees.  HouseCanary countersued, claiming that Amrock used HouseCanary’s products and offerings without paying for them, collected a “critical mass” of HouseCanary’s proprietary data, and ultimately used that information to “secretly replicate” HouseCanary’s protected technology and intellectual property. HouseCanary ultimately convinced the San Antonio jury that Amrock lied about its intended purpose in entering the contract and that Amrock misappropriated HouseCanary’s data and technology to develop competing property analytics and software. In March 2018, the jury awarded HouseCanary $200 million for trade secrets misappropriation, $400 million in punitive damages for the misappropriation, $34 million for fraud relating to the contract, and $68 million in punitive damages for the fraud. In October 2018, the judge upheld the award and ordered Amrock to also pay $29 million in prejudgment interest and $4.5 million in attorneys’ fees. END_OF_DOCUMENT_TOKEN_TO_BE_REPLACED

The strange contraption in this photo is at the heart of a recent decision regarding the pleading standard for DTSA claims.  On June 15, Eastern District of Pennsylvania Judge Juan Sanchez denied a motion to dismiss counts of trade secret misappropriation against Joshua Andrew Adams, a former project engineer for PDC Machines, Inc. who left the company and later joined Nel Hydrogen A/S.  PDC and Nel collaborated in 2008 to develop high-pressure hydrogen gas diaphragm compressors and signed a nondisclosure agreement (NDA) barring Nel from replicating or reverse engineering the technology.  Adams was also subject to an NDA that prohibited him from using any of PDC’s confidential information and trade secrets without written permission.  In the complaint, PDC asserts that Adams now works for Nel, and that Nel has filed at least one patent application listing Adams as the inventor for a high-pressure diaphragm hydrogen compressor that is nearly identical to PDC’s version. END_OF_DOCUMENT_TOKEN_TO_BE_REPLACED