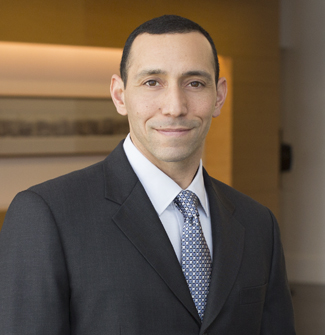 Whether in litigation, investigations, or consultation, Justin leverages deep understanding of his clients’ unique goals and challenges to achieve tailored results.

Justin has represented individuals, corporations and public entities in connection with civil lawsuits, government investigations, and compliance monitorships.  He is a Certified Fraud Examiner and has managed civil litigation matters and corporate internal investigations relating to accounting fraud, harassment, securities laws and the Foreign Corrupt Practices Act.  He has also been a member of two government-appointed SEC and DOJ Monitorships, and helped represent a medical device company under a multi-year Monitorship ultimately resulting in dismissal of the criminal Information against the company.

In October 2018, Justin represented the victim of a sexual assault in a jury trial in Yolo County Superior Court.  Sitting first chair at trial, Justin obtained a unanimous verdict and full damages for this pro bono client.

Prior to attending law school, Justin served on active duty for nine years in the United States Air Force.  He is currently a lieutenant colonel in the Air Force Reserve.

The U.S. Supreme Court, which just began a new term on Monday with a full complement of nine justices, is expected to soon decide whether it will hear the appeal of David Nosal, the former Korn Ferry executive whose conviction under the Computer Fraud and Abuse Act was upheld in a controversial and closely-watched Ninth Circuit decision last year.  Nosal submitted his reply brief in support of certiorari on September 19, 2017, responding to the Department of Justice’s opposition submitted two weeks earlier.

END_OF_DOCUMENT_TOKEN_TO_BE_REPLACED

As social media becomes an important part of many companies’ sales and branding strategies, issues relating to companies’ ability to protect their investments in such strategies are emerging. Indeed, this blog has previously covered whether LinkedIn contacts can qualify as trade secrets (answer: maybe). Another such issue, recently addressed in a district court in Idaho, is whether and to what extent a nonsolicitation agreement can restrict a former employee’s Facebook interactions with the former employer’s customers. END_OF_DOCUMENT_TOKEN_TO_BE_REPLACED

Much attention, including here at Trade Secrets Watch, has been focused in recent weeks on the Defend Trade Secret Act (“DTSA”), which overwhelmingly passed both houses of Congress in April and was signed into law by President Obama on May 11th. The DTSA gives companies new tools for combatting alleged trade secret theft, including a direct path to federal court via the addition of a private right of action to the Economic Espionage Act (EEA) and the ability to apply for ex parte seizure orders to prevent propagation or dissemination of stolen trade secrets. END_OF_DOCUMENT_TOKEN_TO_BE_REPLACED

On October 20, 2015, a three judge panel of the Ninth Circuit heard oral arguments in Round II of United States v. David Nosal.  Both sides generally stuck with arguments from their briefs, with Nosal’s counsel arguing that upholding Nosal’s  conviction under the Computer Fraud and Abuse Act (the “CFAA”) would lead to criminalization of relatively minor misappropriations of information, and the government arguing that the precedent would only apply in the employment context. END_OF_DOCUMENT_TOKEN_TO_BE_REPLACED

Oral arguments for the next round in United States v. Nosal have been set for October 20, 2015 at the Ninth Circuit in San Francisco.  So we figured it may be a good time to review both sides’ arguments related to the Computer Fraud and Abuse Act. After doing so, it seems to us that one topic not given any consideration in the briefs, but that may play a role during oral argument is the phenomenon known as phishing schemes, and how such schemes might be compared and contrasted with the scheme alleged in this case. END_OF_DOCUMENT_TOKEN_TO_BE_REPLACED

Observers following the legal issues surrounding the prosecution of David Nosal will be watching closely in 2015 as the former Korn Ferry executive returns to the Ninth Circuit to appeal his 2013 conviction on three counts of violating the Computer Fraud and Abuse Act. END_OF_DOCUMENT_TOKEN_TO_BE_REPLACED