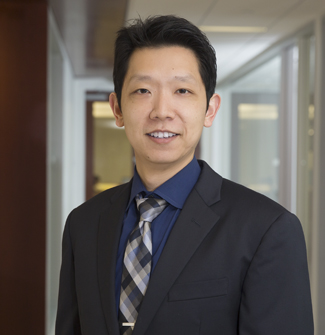 Prior to law school, Michael was a mechanical engineer with M-E Engineers, Inc., in Culver City, Calif., where he designed the HVAC systems, including sizing equipment and devising airflows, for hospitals, sporting venues, and office buildings.  His projects included Presbyterian Intercommunity Hospital in Whittier, Calif., and Citizens Bank Arena in Ontario, Calif.

Even before the COVID-19 pandemic, many employers offered remote work options. Now employers all over the world are encouraging or requiring their employees to work remote from home. This means employees are accessing, maintaining, and sharing proprietary information outside of the office more frequently than ever before, thereby increasing the risk of employee and third-party IP theft. END_OF_DOCUMENT_TOKEN_TO_BE_REPLACED

As two recent cases show, how one pleads its case under the Defend Trade Secrets Act can be the difference between whether “aloha” means hello or goodbye to federal jurisdiction.

A district court in Hawaii recently dismissed a plaintiff’s claim under the DTSA because it failed to establish subject matter jurisdiction.  In that case, DLMC, Inc., a health care service provider for elderly and infirm residents of Hawaii, accused a former employee of stealing client lists.  The cause of action under the DTSA was the only federal claim in the complaint and, therefore, the only basis for federal jurisdiction.  However, to plead a cause of action under the DTSA, the trade secret must be “related to a product or service used in, or intended for use in, interstate or foreign commerce.”  The only argument DLMC made as to this required nexus was that its clients “have federal patient identification numbers so as to allow for their receipt of federal funds for the services provided to them by [DLMC].”  DLMC also argued that because it was an entity whose very existence relies on and is conditioned upon federal application, certification and approval,” its services “are subject to federal law….”  Neither of these arguments persuaded the court as they both failed to show whether and how the alleged trade secrets themselves (as opposed to DLMC’s business generally) related to interstate commerce.  The court granted defendants’ motion to dismiss, however, with leave for DLMC to amend its complaint to allege a DTSA (or other federal) claim. END_OF_DOCUMENT_TOKEN_TO_BE_REPLACED

A recent case from the Federal Circuit upholding a jury’s finding in favor of defendant offers lessons to both defendants and plaintiffs on preparing for trade secrets misappropriation actions. Both plaintiff, Raytheon, and defendant, Indigo, are companies in the infrared imaging equipment business. Of the four Indigo founders, three of them were former Raytheon employees, causing Raytheon to accuse Indigo of misappropriating its trade secrets. Specifically, Raytheon accused Indigo of using Raytheon’s sequential vacuum bake recipes and in situ solder seal package assembly process taken by the former Raytheon employees to develop Indigo’s recipes and processes. END_OF_DOCUMENT_TOKEN_TO_BE_REPLACED

A recent case in Florida is a reminder that when dealing with government entities, trade secrets may be disclosed to the public, especially if that information has been aggregated.  The District Court of Appeal of Florida affirmed a circuit court’s ruling ordering Broward County to produce information that Uber claimed were trade secrets.  Uber and Broward County had entered into an agreement governing Uber’s services at the airport and Port Everglades.  Part of the agreement required that Uber provide Broward County with monthly self-reports.  These reports contained both aggregated data and granular data.  The aggregated data was comprised of the total number of pickups and drop-offs at the airport and seaport, multiplied by the fee in each of those zones.  The granular data included a time stamp, longitude and latitude of pick-ups or drop-offs, and the first three characters of the driver’s license plate.  Per the agreement, Uber marked these monthly reports as containing trade secrets exempt from Florida’s Public Records Act, which Broward County was required to keep confidential. END_OF_DOCUMENT_TOKEN_TO_BE_REPLACED

A recent case in the Southern District of Florida serves as a reminder that even trade secrets may be subject to production to opposing counsel. Magistrate Judge Jonathan Goodman recently ordered a defendant “swingers’” club to produce its email distribution list to plaintiffs in Edmonson v. Velvet Lifestyles, LLC (S.D. Fla. Dec. 5, 2016). END_OF_DOCUMENT_TOKEN_TO_BE_REPLACED

As a recent ruling from Magistrate Judge Paul S. Grewal in the Northern District of California demonstrates, plaintiffs must walk a tightrope when deciding what to disclose in their Cal. Civ. Proc. Code § 2019.210 statements. END_OF_DOCUMENT_TOKEN_TO_BE_REPLACED

In a case more notable for the fact that it reached Idaho’s Supreme Court than the final decision, the lower court’s dismissal of the plaintiff waste disposal company’s misappropriation of trade secrets claim was affirmed.

In July of 2012, the defendant County of Idaho (“the County”) solicited proposals for a contract to provide waste disposal services to part of the county that was being served by the plaintiff Walco, Inc. (“Walco”). Both Walco and the other defendant, Simmons Sanitation Service, Inc. (“Simmons”), submitted envelopes containing their respective proposals. END_OF_DOCUMENT_TOKEN_TO_BE_REPLACED