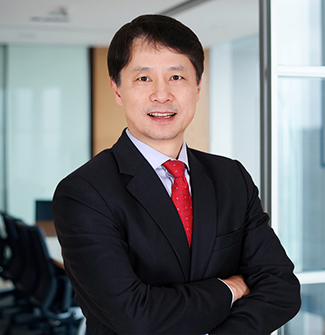 Dr. Xiang Wang is the Partner in Charge for Asia and the head of China IP and Data Privacy & Cybersecurity practices, splitting his time between three offices: Shanghai, New York and Beijing, where he is the Managing Partner.

Xiang has been particularly active in Chinese state-owned enterprises related U.S. litigation. Clients turn to his strategic and innovative advice thanks to the in-depth understanding of their business needs and political risks, and appreciate that he “understood the environment in the China legal system and can give nuanced advice”.

Xiang has developed the region’s premier IP practice based on his reputation as one of the few IP lawyers who has a doctorate in electrical and computer engineering, a Juris Doctor, a Chinese Certificate of Laws and admission to practice law in New York, Indiana and before the U.S. Patent and Trademark Office. Due to its success in patent disputes in the U.S. and China, involving both foreign and Chinese companies, Orrick IP team was exclusively featured in a documentary film “Patent Wars” by the China Central Television (CCTV).

Xiang is highly regarded for his practical legal advice that results from more than 10 years of experience at medical and electronic device businesses before becoming a lawyer. He also has received four U.S. medical-technology patents in his name.

How can trade secret misappropriation disputes be litigated in Chinese courts, despite the system’s lack of US-style discovery tools? Many companies, especially foreign companies, might be hesitant to even think about bringing trade secret misappropriation actions in China for many reasons, but perhaps most importantly, based on concerns over how to collect evidence. END_OF_DOCUMENT_TOKEN_TO_BE_REPLACED

Trade secrets were first introduced into China law through the Article 10 of the “Anti-Unfair Competition Law of China” (effective Dec. 1, 1993).  This defines a “trade secret” as technological or business information that (a) is unavailable to the public; (b) creates economic benefits for its owner and is of practical utility; and (c) is subject to measures taken by its owner to maintain its secrecy.  And it defines “misappropriation” as taking place when: