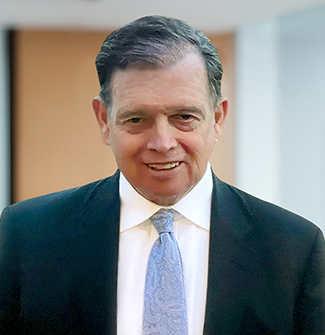 According to Chambers, his peers state that Peter "is an outstanding international tax practitioner' who is admired for the strength of his activity in the field of cross-border transactions and is "an excellent lawyer who has a diverse practice."  According to Legal 500, "Peter Connors is well-versed in terms of the taxation of financial products and financial institutions."

Before joining Orrick, Peter was a principal in the International Tax Services Group of Ernst & Young in New York.

A prolific author, Peter is a frequent lecturer for a variety of major organizations and has published more than 100 articles on tax planning subjects. He is a co-author of T.M. Portfolio 543 ("The Mark to Market Rules" of Section 475-2d) and the author of T.M. Portfolio 909-3d ("The Branch-Related Taxes" of Section 884). From 2008 to 2010, he was the Vice Chair, Committee Operations, of the American Bar Association Tax Section.

He has been recognized by every edition of Best Lawyers in America since 2015.

United States shareholders of controlled foreign corporations (“CFCs”) are required to include certain forms of passive income in their taxable income. This is referred to as “subpart F income” by reference to its position in the Internal Revenue Code. Subpart F income is includable as ordinary income. Until the enactment of recent tax reform legislation, if income of a CFC was not subpart F income, the U.S. shareholders did not have to include it when calculating their income for the current year and the tax was effectively deferred. This has changed with the adoption of the Global Intangible Low-Taxed Income (“GILTI”) regime, as part of the Tax Cuts and Jobs Act, which will require non-subpart F income to be taxed currently but at a lower rate than regular income. We will turn to that at the end of this note. Prior to the enactment of the Tax Cuts and Jobs Act, on December 19, 2017, the Treasury and the Internal Revenue Service proposed regulations under sections 446, 988 and 954 (the “Proposed Regulations”) that favorably impact the treatment of foreign currency hedges of the activities of a CFC, some of which we will describe below. END_OF_DOCUMENT_TOKEN_TO_BE_REPLACED

Internal Revenue Code Section 871(m) and the regulations thereunder treat “dividend equivalent payments” on certain equity derivatives as dividends from sources within the United States.[1] [2]  That is, federal withholding tax applies to such payments made to non-U.S. parties.[3] END_OF_DOCUMENT_TOKEN_TO_BE_REPLACED

Orrick attorneys authored an article, titled “Proposed Regulations Under §385 Classifying Interests in a Corporation,” addressing Section 385 regulations proposed by the Internal Revenue Service and the U.S. Treasury Department to address the excessive use of debt to reduce the U.S. tax base. The article was published in the Tax Management International Journal and is available here.

On May 8, 2015, the Internal Revenue Service (“IRS”) and the Department of the Treasury (“Treasury”) issued proposed and temporary regulations (the “Regulations”) relating to the treatment of notional principal contracts (“NPCs”) with nonperiodic payments.[1] The Regulations are designed to resolve questions that have arisen with the enactment of Dodd-Frank. The Regulations are a fundamental change in the treatment of NPCs. The rules apply to NPCs entered into on or after November 4, 2015, but taxpayers may apply the rules to NPCs entered into before November 4, 2015. The Regulations package also includes regulations under section 956 of the Internal Revenue Code of 1986 (the “Code”).

While the Regulations are designed to resolve issues, many unanswered questions remain. END_OF_DOCUMENT_TOKEN_TO_BE_REPLACED