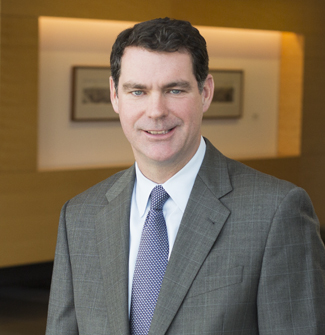 Andrew Livingston is a partner in the San Francisco office, where he serves as the Office Leader. Previously, Andrew was the Deputy Practice Group Leader of Orrick’s Global Employment Law Group.

Andrew represents clients in a wide variety of industries, but specifically focuses on financial services, retail, technology, and advertising.

He has an extensive class- and collective-action practice. He routinely defends employers in such cases in state and federal courts, particularly in cases alleging violations of the wage-and-hour laws. Andrew also defends employers in numerous other types of cases, such as those related to restrictive covenants and trade secrets, wrongful termination, discrimination, harassment and retaliation.

Andrew is a highly regarded trial lawyer. Chambers USA ranks Andrew as a leading employment law lawyer, with clients reporting that he is "very thoughtful, pragmatic and strategic in his thinking" and "distills very complex matters in a way that's easily understood." Legal 500 recognizes Andrew as a "excellent litigator" and notes that he is "exceptional in his ability to organize complex factual and legal arguments into a simple and persuasive presentation." The Daily Journal has listed him as a Top Labor & Employment Attorney a number of times, and he has been selected as a BTI Client Service Allstar.

Orrick’s Employment Law and Litigation group was named Labor & Employment Department of the Year in California for a fourth consecutive year by The Recorder, the premier source for legal news, in recognition of their significant wins on behalf of leading multinational companies on today’s most complex and challenging employment law matters.

Earlier this month, California Governor Gavin Newsom signed Executive Order N-51-20, mandating that certain “hiring entities” provide supplemental paid sick leave for food sector workers. The executive order (EO) acknowledges that workers who help grow and provide food, work in food facilities and deliver food are essential critical infrastructure workers who continue to work outside their homes during the COVID-19 pandemic. In an effort to prevent food sector workers from having to go to work when they are sick, which increases health and safety risks, the EO mandates supplemental paid sick leave for certain COVID-19-related reasons. Here’s what hiring entities need to know about the EO.

END_OF_DOCUMENT_TOKEN_TO_BE_REPLACED

Although COVID-19 continues to disrupt the daily lives of American workers, employers are beginning to plan for a possible return to work. This includes retailers, which have been particularly impacted by the Coronavirus pandemic with a widespread shutdown of stores.  Now, OSHA has released specific guidelines for keeping retail workers safe. END_OF_DOCUMENT_TOKEN_TO_BE_REPLACED

On Thursday March 26, the Department of Labor issued additional guidance about the Families First Coronavirus Response Act (“FFCRA”). The new guidance addresses a variety of topics including how the FFCRA applies to remote working, intermittent leave, worksite closures, reduction of hours and furloughs.

Stay tuned for updates and check out our FFCRA FAQs here.

On January 12, 2020, the Department of Labor announced a final rule to revise and update its regulations to assist in determining joint employer status under the Fair Labor Standards Act (FLSA). Notably, the final rule recognizes two potential scenarios where an employee may have one or more joint employers. END_OF_DOCUMENT_TOKEN_TO_BE_REPLACED

With the new year comes the likelihood that the U.S. Supreme Court, the California Supreme Court, and the Ninth Circuit will issue a number of significant decisions spanning a range of topics in the employment arena.  In addition to the new California laws that have recently come into effect, covered here, California employers should watch these three litigation areas as well: END_OF_DOCUMENT_TOKEN_TO_BE_REPLACED

2018 saw some major developments in employment law, particularly in California. The California Supreme Court embraced the ABC test for independent contractors in Dynamex, and rejected the de minimis doctrine for Labor Code claims in Troester. While 2019 has already brought legislative changes through the #metoo laws effective January 1, attention should also be on cases before the California Supreme Court. These cases may present new challenges for all employers, but particularly for media companies and employers doing business across state lines. The Court’s decisions in these cases have the potential to increase employers’ exposure to liability. We highlight some such cases here. END_OF_DOCUMENT_TOKEN_TO_BE_REPLACED

In recent years, the volume of equal pay lawsuits has continued to increase in Silicon Valley, despite technology companies reaffirming their commitment to equal pay policies and practices. Earlier this month, Hewlett Packard Enterprise Co. (“HP”) was hit with the latest equal pay lawsuit. The class action lawsuit, filed in Santa Clara Superior Court, alleges that HP discriminated against its female workers by paying them less than their male counterparts and funneling women into certain jobs based on stereotypes. END_OF_DOCUMENT_TOKEN_TO_BE_REPLACED

Last week, California enacted new legislation updating the prohibition on employers inquiring into the salary history of their applicants and the requirement that employers respond to applicants’ requests for the pay scale for positions. This law, enacting Assembly Bill No. 2282, clarifies key provisions in Labor Code section 432.2 regarding employers’ obligations, which were left undefined in the bill that added Section 432.3 to the Labor Code last year. END_OF_DOCUMENT_TOKEN_TO_BE_REPLACED

On April 30, 2018, the California Supreme Court issued its long-awaited decision in Dynamex Operations West, Inc. v. Superior Court of Los Angeles.  The Court announced a significant departure from the S.G. Borello & Sons, Inc. v. Department of Industrial Relations, 48 Cal. 3d 341 (1989) test, previously used by California courts and state agencies for nearly three decades for determining whether a worker is an independent contractor under the Industrial Welfare Commission (“IWC”) wage orders.  In its place, the Court adopted the so-called “ABC” test for determining whether an individual is considered an employee under the wage orders, which govern many aspects of wages and working conditions in covered industries.  END_OF_DOCUMENT_TOKEN_TO_BE_REPLACED