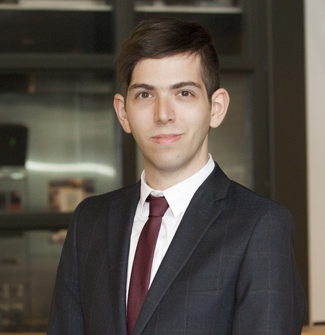 Alex Mitchell is a member of Orrick's Employment Law Group.

Alex graduated with honors from the University of Pittsburgh School of Law, where he was awarded the Thomas M. Cooley Legal Writing Award in two consecutive years. He graduated concurrently from Carnegie Mellon's Heinz School, where he was awarded a degree with distinction in public policy and management. While in law school, Alex was an honors legal intern at the Department of Defense, where he participated in a wide variety of legal matters ranging from employment litigation to federal acquisitions.

As the battle against COVID-19 intensifies, healthcare workers have become vocal about their perceptions of deficiencies surrounding patient care and safety within their workplaces and have expressed their views publicly on social media and other platforms. Videos, photographs, and testimonials underscore employees’ concerns about patient care and the availability of protective gear and other supplies. Healthcare employers have, at the same time, struggled to regulate the flow of information and misinformation about COVID-19 in their facilities. In some cases, healthcare employers have prohibited employees from speaking to the media without express authorization under new or existing policies. END_OF_DOCUMENT_TOKEN_TO_BE_REPLACED

Not to be outdone by the New York State legislature’s flurry of eleventh-hour lawmaking (which we previously reported on here and here), the New York City Council recently passed an employment bill pending since April of 2018. The new law, Int. No. 0799-2018, amends and broadens workplace anti-retaliation protections under § 8-107(7)(v) of the New York City Human Rights Law (“NYCHRL”) by including that it is illegal to retaliate against an employee or applicant who requests a reasonable accommodation under the law. END_OF_DOCUMENT_TOKEN_TO_BE_REPLACED

Major changes are in store for New York employers under a new bill passed in the waning hours of the 2019 legislative session. As part of an ongoing, multi-year effort to address sexual harassment and other discrimination and harassment issues, the New York legislature on June 19, 2019 passed Assembly Bill 8421 (“AB 8421”), a compendium bill that introduces new and refined employee protections against harassment, retaliation, and discrimination in the workplace. AB 8421 amends the New York State Human Rights Law (“NYSHRL”) to usher in new affirmative protections and procedural mandates that will significantly affect employer liability under state law. Building on protections previously enacted under the 2018 state budget, AB 8421 will expand prohibitions on nondisclosure agreements and arbitration agreements to categories of discrimination and harassment beyond sexual harassment. Key elements of AB 8421 are described below. END_OF_DOCUMENT_TOKEN_TO_BE_REPLACED

As was reported late last year, the Department of Labor (“DOL”) in 2018 published an Opinion Letter (FLSA2018-27), effectively rescinding the agency’s 80/20 tip credit rule. In general, the tip credit rule permits employers in tip-producing industries, such as the restaurant industry, to compensate employees at a minimum rate of $2.13 per hour, and to take a credit against the tips an employee receives. An employer is additionally responsible for the remainder of an employee’s wages, if any, between what the employee earned in wages and tips combined, and the federal minimum wage. END_OF_DOCUMENT_TOKEN_TO_BE_REPLACED

On November 8, 2018, the Department of Labor published an Opinion Letter (FLSA2018-27) reissuing its January 16, 2009 guidance (Opinion Letter FLSA2009-23) and reversing the agency’s Obama-era position on the 20% tip credit rule. The letter marks another significant shift in Department of Labor policy, and among the first major changes in federal tip credit policy over the last decade. END_OF_DOCUMENT_TOKEN_TO_BE_REPLACED

On August 31, 2017, Judge Amos Mazzant of the United States District Court for the Eastern District of Texas, issued an order invalidating the Obama-era overtime rules. Finding that the Department of Labor rule exceeded its statutory authority under the Fair Labor Standards Act, the district court appeared to end the saga that had employers furiously determining whether they were going to adjust the pay of a wide swath of their workforces last Fall. However, the decision does not close the books on whether changes to the FLSA white collar exemptions are on the horizon. END_OF_DOCUMENT_TOKEN_TO_BE_REPLACED

Several recent cases are poised to set a major tonal shift in the realm of LGBT employee rights following the Supreme Court’s 2015 landmark decision in Obergefell v. Hodges. As part of its ongoing coverage of LGBT employment issues, Orrick offers its insights and predictions as courts continue to contemplate where sexual identity fits within this changing landscape of protected statuses. END_OF_DOCUMENT_TOKEN_TO_BE_REPLACED

In May 2016, the Occupational Health and Safety Administration (“OSHA”) announced its final rule to “improve tracking of workplace injuries and illnesses.” Effective December 1, 2016, the rule targets retaliation against employees for reporting workplace accidents, including disciplinary actions that are likely to impair or discourage future reporting efforts. In its recent guidance, the agency suggests that blanket, mandatory post-accident drug testing can itself be a form of unlawful discipline where the employer lacks what OSHA terms a “reasonable basis” for suspecting drug or alcohol impairment. The “reasonable basis” language, which has so far received no further clarification, introduces ample uncertainty as to what conduct may be subject to an agency citation and how citations for drug testing fit within the agency’s existing penalty framework. END_OF_DOCUMENT_TOKEN_TO_BE_REPLACED