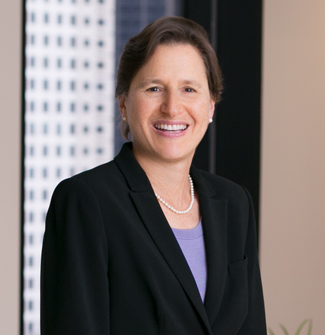 She handles complex individual cases, as well as class actions and systemic government investigations. She represents a broad range of companies, including employers in the securities industry, banks and financial institutions, accounting firms, law firms, and employers in the technology and media industries. Jill also has particular proficiency in the representation of nonprofit entities, including colleges, universities, hospitals, foundations and cultural institutions.

As the battle against COVID-19 intensifies, healthcare workers have become vocal about their perceptions of deficiencies surrounding patient care and safety within their workplaces and have expressed their views publicly on social media and other platforms. Videos, photographs, and testimonials underscore employees’ concerns about patient care and the availability of protective gear and other supplies. Healthcare employers have, at the same time, struggled to regulate the flow of information and misinformation about COVID-19 in their facilities. In some cases, healthcare employers have prohibited employees from speaking to the media without express authorization under new or existing policies. END_OF_DOCUMENT_TOKEN_TO_BE_REPLACED

In what he described as the “most drastic action” he can take, New York Governor Cuomo has ordered all non-essential workers to stay home, in his latest Executive Order 202.08 issued yesterday afternoon. As we reported, Governor Cuomo had previously ordered businesses to reduce their in-person workforces at any work locations by 75%, unless they qualify as an “essential business.” Now, that number has been expanded to New York’s entire non-essential workforce. END_OF_DOCUMENT_TOKEN_TO_BE_REPLACED

Update: At approximately 11:00 a.m. EST, Governor Cuomo announced that 100% of the non-essential NY workforce must now stay home. This directive is expected to take effect on Sunday evening March 22. Gov. Cuomo is expected to issue a new Executive Order regarding this directive shortly. Please check back here for updates. END_OF_DOCUMENT_TOKEN_TO_BE_REPLACED

On February 6, 2020 the U.S. Court of Appeals for the Third Circuit upheld a Philadelphia pay equity ordinance banning employers from inquiring into prospective employees’ prior pay or relying on prior pay in making compensation decisions unless candidates knowingly and willingly disclose the information. In upholding the ordinance, the Third Circuit vacated a lower court decision that enjoined enforcement of the inquiry provision on the grounds that it violated employers’ First Amendment free speech rights. While the Third Circuit acknowledged that the ordinance implicated First Amendment rights, the court found that there was “a plethora of evidence” provided by the city to meet its burden of clearing intermediate scrutiny for commercial speech. Consequently, it was reasonable for the city to conclude that the inquiry provision would address gender and race-based wage gaps based on experiments, witness testimony, and historical research concluding as much. END_OF_DOCUMENT_TOKEN_TO_BE_REPLACED

While world governments scramble to contain the spread of the coronavirus, businesses are fielding questions from employees who are concerned for their safety and protection in the workplace. As you develop your coronavirus response strategy, be mindful of employee privacy, anti-discrimination, and other employment law considerations. Ultimately, any actions employers take should be proportionate to the risks presented. Here are a few of the most common questions employers should ask and some practical tips. END_OF_DOCUMENT_TOKEN_TO_BE_REPLACED

A company’s general counsel learns that an executive assistant has made an internal report of sexual harassment against the CEO.  Given the allegations and people involved, the GC personally investigates the report and enlists the help of a senior VP to interview key witnesses.  The GC also retains outside counsel to advise the company and its board of directors on the matter. END_OF_DOCUMENT_TOKEN_TO_BE_REPLACED

Not to be outdone by the New York State legislature’s flurry of eleventh-hour lawmaking (which we previously reported on here and here), the New York City Council recently passed an employment bill pending since April of 2018. The new law, Int. No. 0799-2018, amends and broadens workplace anti-retaliation protections under § 8-107(7)(v) of the New York City Human Rights Law (“NYCHRL”) by including that it is illegal to retaliate against an employee or applicant who requests a reasonable accommodation under the law. END_OF_DOCUMENT_TOKEN_TO_BE_REPLACED

Major changes are in store for New York employers under a new bill passed in the waning hours of the 2019 legislative session. As part of an ongoing, multi-year effort to address sexual harassment and other discrimination and harassment issues, the New York legislature on June 19, 2019 passed Assembly Bill 8421 (“AB 8421”), a compendium bill that introduces new and refined employee protections against harassment, retaliation, and discrimination in the workplace. AB 8421 amends the New York State Human Rights Law (“NYSHRL”) to usher in new affirmative protections and procedural mandates that will significantly affect employer liability under state law. Building on protections previously enacted under the 2018 state budget, AB 8421 will expand prohibitions on nondisclosure agreements and arbitration agreements to categories of discrimination and harassment beyond sexual harassment. Key elements of AB 8421 are described below. END_OF_DOCUMENT_TOKEN_TO_BE_REPLACED

We are halfway through 2019, and while many employees prepare for summer vacation, California employers in various cities should brace themselves for an additional round of minimum wage increases on July 1, 2019.