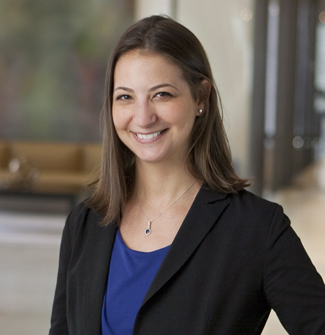 In today’s complex world of employment law, the legislative landscape is changing faster than ever before. Companies can easily veer out of compliance, and into financial and reputational dangers. To guide employers through this maze, Lisa Lupion offers a precise path forward.

She begins by gathering an in-depth understanding of her client’s business and goals, and then evaluating the specific issue at hand, so that whether navigating a counseling issue or a complex litigation, she can understand every possible angle and design the best possible solution.

Lisa regularly litigates a broad range of employment issues in court, administrative agencies, and arbitration. Lisa also helps companies at all stages of development avoid litigation, or prevent a single-plaintiff matter from escalating to a class action. She has successfully handled a number of high-stakes arbitrations and internal investigations. In addition, she offers counseling on discrimination, harassment, equal pay, wage and hour issues, disability accommodations, termination and compensation.  Lisa regularly advises clients on a variety of employment-related issues, including human resources policies and procedures, offer letters, severance agreements and employee termination.

Prior to joining Orrick, Lisa served as a law clerk to the Hon. Peter Leisure in the United States District Court for the Southern District of New York.

In what he described as the “most drastic action” he can take, New York Governor Cuomo has ordered all non-essential workers to stay home, in his latest Executive Order 202.08 issued yesterday afternoon. As we reported, Governor Cuomo had previously ordered businesses to reduce their in-person workforces at any work locations by 75%, unless they qualify as an “essential business.” Now, that number has been expanded to New York’s entire non-essential workforce. END_OF_DOCUMENT_TOKEN_TO_BE_REPLACED

Update: At approximately 11:00 a.m. EST, Governor Cuomo announced that 100% of the non-essential NY workforce must now stay home. This directive is expected to take effect on Sunday evening March 22. Gov. Cuomo is expected to issue a new Executive Order regarding this directive shortly. Please check back here for updates. END_OF_DOCUMENT_TOKEN_TO_BE_REPLACED

Not to be outdone by the New York State legislature’s flurry of eleventh-hour lawmaking (which we previously reported on here and here), the New York City Council recently passed an employment bill pending since April of 2018. The new law, Int. No. 0799-2018, amends and broadens workplace anti-retaliation protections under § 8-107(7)(v) of the New York City Human Rights Law (“NYCHRL”) by including that it is illegal to retaliate against an employee or applicant who requests a reasonable accommodation under the law. END_OF_DOCUMENT_TOKEN_TO_BE_REPLACED

Major changes are in store for New York employers under a new bill passed in the waning hours of the 2019 legislative session. As part of an ongoing, multi-year effort to address sexual harassment and other discrimination and harassment issues, the New York legislature on June 19, 2019 passed Assembly Bill 8421 (“AB 8421”), a compendium bill that introduces new and refined employee protections against harassment, retaliation, and discrimination in the workplace. AB 8421 amends the New York State Human Rights Law (“NYSHRL”) to usher in new affirmative protections and procedural mandates that will significantly affect employer liability under state law. Building on protections previously enacted under the 2018 state budget, AB 8421 will expand prohibitions on nondisclosure agreements and arbitration agreements to categories of discrimination and harassment beyond sexual harassment. Key elements of AB 8421 are described below. END_OF_DOCUMENT_TOKEN_TO_BE_REPLACED

Last year, in the immediate aftermath of the #MeToo movement, both New York State and New York City passed sweeping legislation that sought to provide additional protections for individuals from sexual harassment (see our prior blog posts here). Perhaps most notable was legislation requiring all New York State employers to adopt a sexual harassment prevention policy by October 2018 and to conduct annual sexual harassment prevention training beginning no later than October 2019, among other things. Neither the State nor City legislatures appear to be slowing down – already this year, both have enacted additional worker protections. END_OF_DOCUMENT_TOKEN_TO_BE_REPLACED