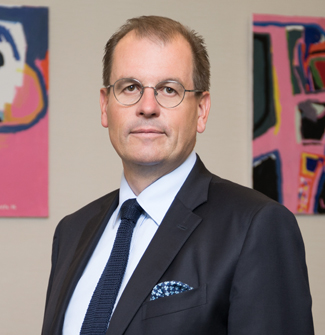 Emmanuel Bénard is an employment lawyer, respected for his deep experience with challenging restructuring and complex collective litigation. Partner in Orrick’s Paris office, he is Head of the Employment Law Practice in France and Europe.

Emmanuel represents numerous French and international companies on all aspects of employment law including international and cross-border issues.

With a long-standing experience on landmark M&A, he regularly supports HR Directors in dealing with works council information and consultation procedures and transfer of employees triggered by such complex projects, helping them achieving their strategic objectives.

Co-author of an insightful and pedagogic book on all labor and employment facets of companies’ reorganization, Emmanuel is described by his clients as “a guru in the field of employment law” and praised for his “business sense”.

Before joining Orrick in 2016, Emmanuel was a partner at Freshfields Bruckhaus Deringer in Paris, where he was in charge of the Employment, Pension and Benefits Department. Prior to that he was partner at the boutique employment law firm Bélier et Associés where he started his career.

In 2019, France has been facing many strikes and social movements which impacted companies in term of business and staff management. Who did not hear about the “Yellow vests” movement or, more recently, the claims raised against the retirement reform which are still on-going?

Many employers are wondering how to properly react and manage their strikers and non-strikers’ employees. You will find some tips hereafter.

END_OF_DOCUMENT_TOKEN_TO_BE_REPLACED

Equality between men and women has been declared in France a “great national cause” of Emmanuel Macron’s Presidency in the wake of the #MeToo movement.

In March 2018, the French government unveiled an action plan for gender equality in the workplace consisting of ten measures aiming at reducing the gender pay gap and five measures to fight sexual and gender based violence. END_OF_DOCUMENT_TOKEN_TO_BE_REPLACED

Since mid-November 2018, France has been shaken by the “yellow vests” mass demonstrations. Originated on social media and grounded in its opposition to the TICPE (fuel tax) increase, the leaderless movement expresses more broadly, according to many analysts, a reaction to the dwindling purchase power of the middle class and a strong stance against the French establishment.

The political impact of the movement was quickly felt, as President Macron announced, in a televised address aired on 10 December 2018, a series reform aiming at meeting the yellow vests demands, including notably an increased minimum wage, tax and social exemptions for overtime hours as well as a tax and social contributions-free end of the year bonus.

END_OF_DOCUMENT_TOKEN_TO_BE_REPLACED

As a first step of this comprehensive reform strategy, five ordinances reforming French labor laws were adopted on 22 September 2017 and issued on 23 September 2017 (the Reform).

Unless specifically provided otherwise, the measures introduced by the Reform will enter into force on the day after the publication of the required implementation decrees (expected as from end of October 2017 onwards), and at the latest on 1 January 2018. By exception, certain measures are applicable since publication of the ordinances (e.g. regarding dismissals, temporary work and teleworking). In addition, transitional arrangements may allow existing employee representation to remain in place for the duration of the current mandate but until no later than 31 December 2019. END_OF_DOCUMENT_TOKEN_TO_BE_REPLACED

On September 6, 2017, Orrick announced the launch of its innovative online automated GDPR Readiness Assessment Tool. The tool helps organizations assess their state of readiness with the EU’s new General Data Protection Regulation (GDPR) that comes into effect on 25 May 2018. The tool segments the GDPR into 14 workable themes and takes users through a series of questions relating to each theme. END_OF_DOCUMENT_TOKEN_TO_BE_REPLACED