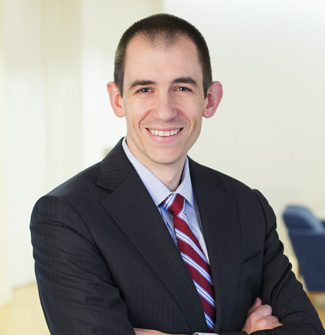 He represents these clients in securities class actions, shareholder derivative lawsuits, commercial contractual disputes and other complex litigation matters at both the trial and appellate levels, as well as in connection with internal, government and regulatory investigations.

On May 3, 2016, the Financial Industry Regulatory Authority announced that MetLife Securities, Inc. agreed to pay $25 million to settle allegations that the company misled its customers in tens of thousands of variable annuity replacement applications.  The sanction represents FINRA’s largest fine related to variable annuities.

Variable annuities (“VAs”) are highly complex and highly regulated insurance contracts that guarantee their holders—typically retirees—a minimum payment at the end of an accumulation stage.  When a consumer seeks to replace one VA for another, her broker must complete an Annuity Replacement and Transfer Disclosure (ARTD) setting forth the comparative cost and guarantee information about existing and proposed annuity contracts.  In New York, brokers must also complete a “Regulation 60 Disclosure,” which contains a hypothetical illustration of death benefits and surrender values for existing and proposed contracts under various hypothetical market growth rates.

END_OF_DOCUMENT_TOKEN_TO_BE_REPLACED

The first Circuit Court of Appeals decision applying the Supreme Court’s landmark 2014 decision in Halliburton Co. v. Erica P. John Fund Inc., 134 S. Ct. 2398 (2014) (“Halliburton II”), favored the defendants, finding as a matter of law that Best Buy Co. and its executives successfully rebutted the presumption of reliance set forth in Basic v. Levinson, 485 U.S. 224 (1988) at the class certification stage through evidence of a lack of price impact from their alleged misstatements.  See IBEW Local 98 Pension Fund et al. v. Best Buy Co., Inc. et al., Case No. 14-3178 (8th Cir. Apr. 12, 2016).  By reversing the district court and holding that a class could not be certified, the Eighth Circuit showed that Halliburton II provides defendants with a meaningful opportunity to challenge the fraud on the market presumption.  The plaintiffs’ bar, however, will be eager to highlight Best Buy’s unique pattern in trying to limit the impact of the decision beyond this case.  Whether other federal courts follow the Eighth Circuit’s lead and deny class certification motions based on Halliburton II in greater numbers, and outside the Best Buy fact pattern, remains to be seen.

END_OF_DOCUMENT_TOKEN_TO_BE_REPLACED

On January 11, 2016, the SEC announced its Office of Compliance Inspections and Examinations (OCIE) priorities for the year .   The announcement included several new areas of focus, including liquidity controls, public pension advisers, exchange-traded funds (ETFs), product promotion, and variable annuities.   Hedge fund and mutual fund managers, private equity firms, and broker-dealers – in particular those that deal with retirement investments – would be wise to take note of these new areas of interest.  As in past years, enforcement actions in these areas are likely to follow.

END_OF_DOCUMENT_TOKEN_TO_BE_REPLACED

Malfeasance by a corporate insider against his company has the potential to leave a gaping wound.  Facing a securities lawsuit due to that malfeasance is like salt in that wound.  Corporations targeted with such lawsuits have turned to the adverse interest exception to try to protect themselves from further liability stemming from the rogue executive’s wrongdoing.  But on October 23, the U.S. Court of Appeals for the Ninth Circuit issued a precedent-setting decision rendering that salve unavailable.  In In re ChinaCast Education Corp. Securities Litigation, the court held that under the federal securities laws, an executive’s scienter is imputed to the corporation where he “acted with apparent authority on behalf of the corporation, which placed him in a position of trust and confidence and controlled the level of oversight of his handling of the business.”  Slip op. at 4.

END_OF_DOCUMENT_TOKEN_TO_BE_REPLACED

On Friday June 5, 2015, the SEC made incremental progress toward finalizing the “pay ratio” rule required by the 2010 Dodd-Frank Act by publishing a memo from the Division of Economic and Risk Analysis (DERA memo) that addresses questions about how that pay ratio will be calculated for the purposes of the law.

END_OF_DOCUMENT_TOKEN_TO_BE_REPLACED

It is well-established that a shareholder-plaintiff may not assert derivative claims against a corporation’s officers or directors unless he or she makes a pre-suit demand on the corporation’s board of directors and alleges particularized facts showing that the demand was wrongfully refused, or alleges particularized facts showing that a demand on the board would have been futile.  One question that frequently arises is whether the shareholder-plaintiff may obtain discovery from the corporation and its officers and directors in order to assist his or her compliance with this threshold pleading obligation.

END_OF_DOCUMENT_TOKEN_TO_BE_REPLACED

On March 24, 2015, the Supreme Court issued its much anticipated decision in Omnicare, Inc. v. Laborers District Council Construction Industry Pension Fund, No. 13-435, 2015 WL 1291916 (Mar. 24, 2015).  With some significant caveats (discussed below), the decision is largely protective of issuers: it enshrines the distinction between “opinions” and “facts,” and generally makes it difficult to hold issuers liable for securities fraud based on statements of opinion.

In brief, the Court held that issuers that include opinions in a registration statement may be liable under Section 11 of the Securities Act of 1933 (the “Securities Act”) for making an untrue statement of fact only when the issuer does not subjectively believe the stated opinion.  In so holding, the Court rejected the Sixth Circuit’s view that an honestly-held opinion that was at the time or later proved to be untrue could subject the issuer to liability.  As the Court put it, Section 11 “is not, as the Court of Appeals and the [plaintiffs] would have it, an invitation to Monday morning quarterback an issuer’s opinions.”

END_OF_DOCUMENT_TOKEN_TO_BE_REPLACED

Echoing a famous epistemological observation from The Big Lebowski, the Supreme Court today rejected the argument, for the most part, that a statement of opinion stands on the same footing as a statement of fact. END_OF_DOCUMENT_TOKEN_TO_BE_REPLACED

On January 14, 2015, the U.S. House of Representatives passed a bill that loosens certain Dodd-Frank requirements and reduces the scope of the SEC’s regulatory authority over certain private equity firms, small businesses, and emerging companies. The bill is part of a larger fight between Democrats and Republicans over the scope of Dodd-Frank and government oversight over financial institutions generally.

END_OF_DOCUMENT_TOKEN_TO_BE_REPLACED

On December 10, 2014, the Second Circuit issued an important decision (U.S. v. Newman, No. 13-1837, 2014 WL 6911278 (2d Cir. Dec. 10, 2014)) that will make it more difficult in that Circuit for prosecutors, and most likely the SEC, to prevail on a “tippee” theory of insider trading liability. Characterizing the government’s recent tippee insider trading prosecutions as “novel” in targeting “remote tippees many levels removed from corporate insiders,” the court reversed the convictions of two investment fund managers upon concluding that the lower court gave erroneous jury instructions and finding insufficient evidence to sustain the convictions. The court held, contrary to the government’s position, that tippee liability requires that the tippee trade on information he or she knows to have been disclosed by the tipper: (i) in violation of a fiduciary duty, and (ii) in exchange for a meaningful personal benefit. Absent such knowledge, the tippee is not liable for trading on the information.