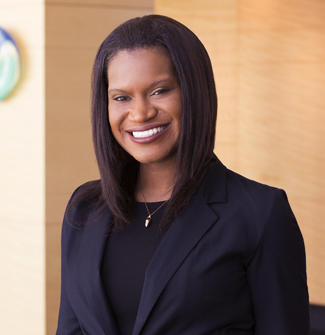 Suzette Barnes is a senior associate in Orrick’s San Francisco office and a member of the Complex Litigation and Dispute Resolution group.

Suzette is a Board member for the Lawyers’ Committee for Civil Rights of the San Francisco Bay Area (“LCCR”), one of the Bay Area’s preeminent non-profit organizations working to protect and promote the dignity and self-determination of people of color, immigrants and low-income people in California.  She also serves as the Vice President of the Black Women Lawyers Association of Northern California.

Prior to joining Orrick, Suzette was a litigation fellow in the Office of General Counsel for The Regents of the University of California, where she litigated commercial, probate and mandamus actions.

On September 26, 2017, SEC Chairman Jay Clayton testified before the Senate’s Banking, Housing and Urban Affairs Committee regarding the direction of the SEC under his Chairmanship. He also took the opportunity to address the 2016 cyberattack on EDGAR, the agency’s electronic filing system.

As in his first public speech as SEC Chair, in July 2017, Chairman Clayton’s testimony reveals his focus on issues related to cybersecurity, capital formation, and enforcement actions addressing traditional forms of fraud and misconduct. His testimony further reveals his position that regulations should be retroactively evaluated and relaxed as necessary, in order to account for the direct and indirect costs of compliance.

Below are key highlights of Chairman Clayton’s testimony:

END_OF_DOCUMENT_TOKEN_TO_BE_REPLACED

Earlier this month, the SEC (the “Agency”) announced that it initiated a record-breaking 868 enforcement actions in fiscal year 2016. This figure – along with other milestones – reflect the Agency’s commitment to expanding the scope and reach of its enforcement programs to pursue an array of federal securities law violations.

END_OF_DOCUMENT_TOKEN_TO_BE_REPLACED

On August 23, 2016, the SEC entered into a settlement that reflects a continuation of its recent trend of increasingly active pursuit of private equity firms, particularly for failing to disclose conflicts of interests and other material information to investors.  The SEC entered into a $52.5 million settlement with four private equity fund advisers affiliated with Apollo Global Management LLC (collectively “Apollo”) arising out of insufficient disclosures and supervisory failures.

END_OF_DOCUMENT_TOKEN_TO_BE_REPLACED

On June 27, 2016, SEC Administrative Law Judge Carol Fox Foelak dismissed the Division of Enforcement’s charges against IRA custodian Equity Trust Company in connection with the company’s processing of investments marketed by two convicted fraudsters.  Judge Foelak’s decision—a complete defense victory for Equity Trust—shows that while the Division of Enforcement may still win most of its cases in administrative proceedings, it doesn’t win them all.

END_OF_DOCUMENT_TOKEN_TO_BE_REPLACED

On May 3, 2016, the Financial Industry Regulatory Authority announced that MetLife Securities, Inc. agreed to pay $25 million to settle allegations that the company misled its customers in tens of thousands of variable annuity replacement applications.  The sanction represents FINRA’s largest fine related to variable annuities.

Variable annuities (“VAs”) are highly complex and highly regulated insurance contracts that guarantee their holders—typically retirees—a minimum payment at the end of an accumulation stage.  When a consumer seeks to replace one VA for another, her broker must complete an Annuity Replacement and Transfer Disclosure (ARTD) setting forth the comparative cost and guarantee information about existing and proposed annuity contracts.  In New York, brokers must also complete a “Regulation 60 Disclosure,” which contains a hypothetical illustration of death benefits and surrender values for existing and proposed contracts under various hypothetical market growth rates.

END_OF_DOCUMENT_TOKEN_TO_BE_REPLACED

The first Circuit Court of Appeals decision applying the Supreme Court’s landmark 2014 decision in Halliburton Co. v. Erica P. John Fund Inc., 134 S. Ct. 2398 (2014) (“Halliburton II”), favored the defendants, finding as a matter of law that Best Buy Co. and its executives successfully rebutted the presumption of reliance set forth in Basic v. Levinson, 485 U.S. 224 (1988) at the class certification stage through evidence of a lack of price impact from their alleged misstatements.  See IBEW Local 98 Pension Fund et al. v. Best Buy Co., Inc. et al., Case No. 14-3178 (8th Cir. Apr. 12, 2016).  By reversing the district court and holding that a class could not be certified, the Eighth Circuit showed that Halliburton II provides defendants with a meaningful opportunity to challenge the fraud on the market presumption.  The plaintiffs’ bar, however, will be eager to highlight Best Buy’s unique pattern in trying to limit the impact of the decision beyond this case.  Whether other federal courts follow the Eighth Circuit’s lead and deny class certification motions based on Halliburton II in greater numbers, and outside the Best Buy fact pattern, remains to be seen.

END_OF_DOCUMENT_TOKEN_TO_BE_REPLACED

On January 14, 2016, the SEC entered into two no-admit, no deny settlements regarding an alleged pay-to-play scheme to obtain contracts from the Treasury Office for the State of Ohio.  The first was with State Street Bank and Trust Company (“State Street” or “the Bank”) – a custodian bank that provides asset servicing to institutional clients, and  the second with Vincent DeBaggis, a former State Street executive.  On the same day, the SEC filed suit against attorney Robert Crowe for his role in the scheme which allegedly involved causing concealed campaign contributions to be made to the Ohio Treasury Office to influence the awarding of contracts to State Street.  Mr. Crowe is a partner at the law firm of Nelson Mullins Riley & Scarborough and a former lobbyist for the Bank.

END_OF_DOCUMENT_TOKEN_TO_BE_REPLACED

On September 16, 2015, the Securities and Exchange Commission (“SEC”) adopted revisions to Rule 2a-7, the primary rule governing money market funds.  The amendments implement provisions of the Dodd-Frank Act that require federal agencies to replace references to credit ratings in regulations with alternative standards of credit-worthiness, and are consistent with the SEC’s goal of reducing its reliance on credit ratings.