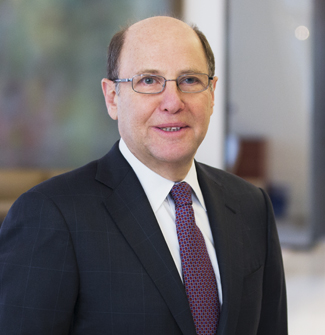 Robert G. Cohen focuses his practice on the representation of accounting firms. He currently serves as a mediator with the Commercial Division of the New York State Supreme Court and as an arbitrator with New York’s Joint Committee on Fee Disputes and Conciliation.

Until 2010, Bob served as Senior Deputy General Counsel and Head of Litigation for Ernst & Young LLP. He managed and supervised the EY group in defending the firm in lawsuits alleging professional malpractice, breach of contract and securities class action claims and in responding to inquiries and investigations by state and federal regulatory entities. Bob was responsible for the strategy and decision making relating to all major cases filed against EY throughout the United States. His experience includes the supervision of numerous trials and arbitrations.

Prior to joining EY, Bob was with the Commodity Futures Trading Commission's Division of Enforcement in New York for six years, serving as the Regional Counsel for the Eastern Region of the United States during his last two years. He also served as an assistant district attorney in the Kings County District Attorney’s Office.

On July 19, 2017, the Consumer Financial Protection Bureau (“CFPB”) published a new rule that has the potential to significantly increase the number of class action lawsuits brought by consumers against their financial services providers.  Although consumer advocates applaud the rule, critics argue that the rule will lead to an explosion of frivolous lawsuits.  Congress, for its part, is currently taking steps to stop the rule from ever taking effect.

The SEC originally brought an administrative action against Mr. Bandimere in 2012, alleging he violated various securities laws. An SEC ALJ presided over the fast paced, “trial-like” hearing, and the ALJ ultimately found Mr. Bandimere liable, barred him from the securities industry, imposed civil penalties and ordered disgorgement.  The SEC reviewed that decision and reached the same result.  Mr. Bandimere, therefore, appealed the SEC’s decision to the Tenth Circuit. END_OF_DOCUMENT_TOKEN_TO_BE_REPLACED

On December 6, 2016, the United States Supreme Court affirmed an insider trading conviction in a case where the “insider” obtained no direct pecuniary benefit from the disclosure.  Justice Samuel Alito, writing for a unanimous court, held that a recipient of insider information may still be criminally liable where the insider initially gave the information to a trading relative or friend and thereby received a “personal benefit.”  The court heard oral arguments in October.

Salman v. United States concerned the prosecution of Bassam Salman, a recipient of insider tips from Michael Kara, his brother in law, who in turn received insider information from his brother, Maher Kara.  Salman knew that Michael, who also traded on the information, was getting tips from Maher, a Citigroup banker working on various health care deals.  Maher, the “tipper,” never received any financial or other concrete benefit in the exchange, but testified that he suspected Michael was trading on the information he provided and there was evidence the brothers had a close relationship. END_OF_DOCUMENT_TOKEN_TO_BE_REPLACED

On August 31, 2016, the SEC caught a break when a Ninth Circuit panel reversed Judge Manuel L. Real’s bench trial verdict for defendants, former corporate officers of the now-defunct Basin Water, Inc., finding that the SEC was wrongfully denied its shot at a jury trial in a securities fraud action involving alleged false reporting of millions of dollars in unrealized revenue.  The panel vacated the judgment and remanded for a jury trial, noting that the SEC had not consented to the defendants’ withdrawal of their jury demand, and in fact, consistently demonstrated its objection to a bench trial, preserving its objection all the way to the appellate court. END_OF_DOCUMENT_TOKEN_TO_BE_REPLACED

Last week, the SEC’s Office of Inspector General (“OIG”) released its semiannual report to Congress, which details the OIG’s independent and objective audits, evaluations, investigations and other reviews of the SEC’s programs and operations in order to prevent and detect fraud, waste and abuse in SEC programs and operations, and other vulnerabilities the SEC faces.  In the most recent report, the OIG was critical of various programs, but most notably: (1) recommended a new framework to increase the Office of Compliance Inspections and Examinations coverage of registered investment advisors, and (2) informed Congress it was conducting a further evaluation on the SEC’s enforcement investigations to ensure that investigations are coordinated internally and across SEC divisions and offices.

END_OF_DOCUMENT_TOKEN_TO_BE_REPLACED

On December 10, 2015, the Oregon Supreme Court held that an exclusive forum bylaw provision adopted unilaterally by a Delaware company’s board was a valid and enforceable contractual forum selection clause.  Importantly, the Oregon decision is the only reported non-Delaware appellate court decision to date addressing the validity of exclusive forum bylaws on the merits.

The decision, Roberts v. TriQuint Semiconductor, Inc., comes on the heels of the Delaware Court of Chancery’s forum bylaw ruling in Boilermakers Local 154 Retirement Fund v. Chevron Corporation.  As previously noted on this blog, in Chevron, then-Chancellor Strine of the Delaware Court of Chancery held that an exclusive forum bylaw provision adopted unilaterally by a board was both facially valid under the Delaware General Corporation Law (“DGCL”) and an enforceable contractual forum selection clause.  Citing Chevron, the Oregon Supreme Court similarly concluded that an exclusive forum bylaw adopted only two days prior to the announcement of a merger was permissible and did not render the bylaw unenforceable in the shareholder merger litigation that followed.

END_OF_DOCUMENT_TOKEN_TO_BE_REPLACED

In what will surely not be the last word on this continuing controversy, on September 3, 2015, a majority of the members of the Securities and Exchange Commission held that the appointment process for the Commission’s administrative law judges (“ALJ”) does not violate the Constitution.  As we reported just last month, a federal judge in the Southern District of New York preliminarily enjoined a separate SEC administrative proceeding based in part on the judge’s view that the SEC ALJ appointment process is likely unconstitutional.  In light of the key role ALJs play in SEC proceedings and the number of administrative cases brought each year, the question is likely to be addressed at the appellate level and could have significant implications for the securities defense bar.

END_OF_DOCUMENT_TOKEN_TO_BE_REPLACED

As noted previously in this blog, the SEC and other regulatory agencies continue to display an increased interest in the issue of internal and supervisory controls.  The Financial Industry Regulatory Authority (“FINRA”) has continued this trend, recently bringing charges against a number of member firms related to allegedly inadequate supervisory controls.

END_OF_DOCUMENT_TOKEN_TO_BE_REPLACED

Today, the Securities and Exchange Commission (“SEC” or “Commission”) announced the terms of a settlement with four of the Respondents in In the Matter of BDO China Dhaua CPA Co., Ltd. The four Respondents are the China affiliates of the “Big Four” international accounting firms —Deloitte Touche Tohmatsu Certified Public Accountants Ltd., Ernst & Young Hua Ming LLP, KPMG Huazhen (Special General Partnership), and PricewaterhouseCoopers Zhong Tian CPAs Limited. The settlement resolves an administrative proceeding brought by the Commission against Respondents pursuant to Rule 102(e) of the SEC’s Rules of Practice over requests made by the SEC for the production of audit work papers located in China.

END_OF_DOCUMENT_TOKEN_TO_BE_REPLACED

On July 16, 2014, a three-judge Second Circuit panel affirmed the dismissal of a securities class action against Deutsche Bank AG and several underwriters.  The case was brought on behalf of investors who purchased approximately $5.5 billion in preferred Deutsche Bank shares in 2007, and who alleged that defendants misled them about the bank’s exposure to mortgage-backed securities and other risks in a registration statement filed in October of 2006.  Plaintiffs alleged that the registration statement omitted details about Deutsche Bank’s business, including that the company failed to properly record provisions for RMBS, commercial real estate loans and exposure to monoline insurers.