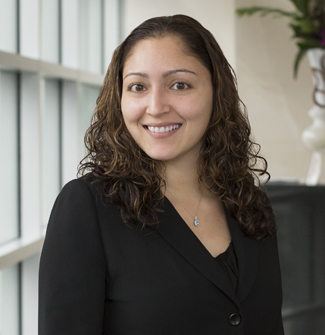 Companies are often unwittingly out of compliance, particularly those which operate in states such as California, which have rapidly evolving, employee-friendly regulations. To prevent individual discrimination or harassment allegations from spiraling into class actions, Kayla finds innovative solutions to quickly and quietly resolve such matters. She applies that same finesse when handling highly sensitive trade secret matters, which also require quick and decisive action to preserve her client’s reputation.

In addition to resolving problems before they escalate, Kayla also helps clients succeed in litigation when necessary. Undaunted by opposing counsel, government agencies or difficult fact patterns, she successfully defends clients from a variety of employment claims in state and federal court.

Prior to joining Orrick, Kayla participated in Berkeley Law’s Death Penalty Clinic, a clinic designed to enable law students to provide high-level, supervised representation to clients facing capital punishment. Through her work in the clinic, and through similar pro bono work in her legal practice, Kayla received hands on experience in appellate litigation and investigations.

A federal district court judge in Chicago sentenced Robert O’Rourke, a former employee of iron bar manufacturer Dura-Bar, to one year and one day in prison last week for stealing trade secrets.  Well, not quite.  O’Rourke was convicted on February 25 of seven counts of stealing and attempting to steal trade secrets, but moved for a new trial.  In her October 11 order, Judge Andrea Wood denied the motion, holding that the trial evidence demonstrated O’Rourke’s intent to steal and use trade secrets—even if some of the proprietary information stolen did not actually constitute a trade secret. END_OF_DOCUMENT_TOKEN_TO_BE_REPLACED

Just two days after TSW’s inaugural post, we brought you news of Texas becoming the 48th state to enact some form of the Uniform Trade Secrets Act (UTSA).

Now, roughly five years and one federal trade secrets statute later, Massachusetts has become the 49th state, leaving New York as the lone holdout.  The new law, which takes effect on October 1, 2018, is part of an amendment to a $1.1 billion economic development bill that Massachusetts Governor Charlie Baker signed into law on August 10, 2018.  With the enactment of the UTSA, Massachusetts courts will have newfound power to enter injunctions against actual or threatened misappropriation of trade secrets.

END_OF_DOCUMENT_TOKEN_TO_BE_REPLACED

On October 6, 2017, a federal jury in Utah entered a $2.1 million trade secret verdict in favor of Bimbo Bakeries USA.  Following a trial that wrapped up more than four years of litigation, the jury concluded that defendant Leland Sycamore knowingly used the trade secret recipe for Grandma Sycamore’s bread in the production of rival Grandma Emilie’s bread for defendant US Bakery, despite the fact that he had previously sold the rights to Grandma Sycamore’s to Bimbo.

Bimbo filed suit in 2013, alleging that US Bakery had hired Sycamore to produce a new version of Grandma Emilie’s bread that relied on Bimbo’s trade secret method and used confusingly similar packaging to sell the bread to consumers.

Back in 1998, Sycamore sold the Grandma Sycamore’s brand, which had been in his family since the 1970s, to a predecessor of Bimbo.  As part of this deal, Sycamore agreed to maintain the confidentiality of all associated manufacturing and assembly procedures, recipes and trade secrets.

Other than the fact that jury verdicts in trade secrets cases (or in any case, for that matter) are relatively rare, this case is notable for two reasons.

First, it explains what might qualify as a trade secret in the culinary arena, providing clarity in an area that, as we’ve observed, has long been plagued by confusion over what combination of IP protections and contractual agreements will protect valuable recipes.  Applying Utah’s enactment of the Uniform Trade Secrets Act, the court denied the defendants’ motion for summary judgment, noting that, even if Bimbo’s purported trade secret contained known elements, Bimbo could establish a trade secret by showing that its compilation of known elements was “outside the general knowledge and not ascertainable by proper means.”

Second, this case is an interesting reminder that even though a secret process might originate within a business, that same business may face legal risks down the road for using the process if it has been licensed or sold to a third party with the appropriate safeguards to ensure confidentiality and the third party’s right to use the process.

If you are a regular reader of TSW, you know we have been monitoring developments relating to the Defend Trade Secrets Act of 2016 (DTSA). While the Northern District of California was the first court to enter a written opinion under the DTSA, case law is continuing to develop across the country, including in the First Circuit. END_OF_DOCUMENT_TOKEN_TO_BE_REPLACED

Relief may soon be coming for trade secrets plaintiffs longing for federal court. Last year we covered the introduction of the Defend Trade Secrets Act (DTSA), compared it to the Uniform Trade Secrets Act (UTSA), and questioned whether federal court under this new law would be a preferable venue to plaintiffs. Since then, the bill, like the many that came before it, died in Congress. END_OF_DOCUMENT_TOKEN_TO_BE_REPLACED

The paradigmatic trade secret is something that is obviously technical, such as source code or the formula for Coke.  Though trade secrets protection is not limited to technical trade secrets, it can sometimes be tricky to claim trade secrecy over non-technical trade secrets, such as customer or employee contact lists, that are commercially valuable yet may seem more accessible and therefore less secret.  California Code of Civil Procedure Section 2019.210 compounds the issue by requiring a plaintiff to make a detailed disclosure of trade secrets as a precondition to frame the discovery to come.  Section 2019.210 therefore immediately places an often-challenging decision upon the plaintiff—selecting what it should claim as trade secrets in litigation. END_OF_DOCUMENT_TOKEN_TO_BE_REPLACED