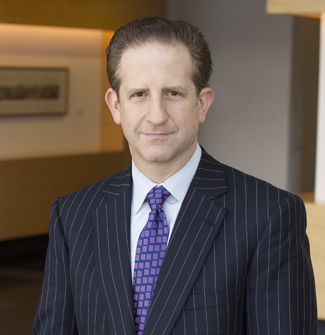 Robert Shwarts is a first chair trial lawyer and Chair of Orrick's Global Trade Secrets Practice Group who has tried or arbitrated more than 40 cases in the areas of commercial litigation, employment and intellectual property.

He represents plaintiffs and defendants in complex trade secret misappropriation cases and has conducted numerous TRO and preliminary injunction hearings in aid of these cases. His practice also includes counseling relating to trade secrets misappropriation and non-compete/non-solicitation agreements.

U.S. and international clients with significant California presence turn to Rob to represent them in complex matters, including numerous financial services companies. He handles both jury and bench trials, as well as AAA, JAMS and FINRA (formerly NASD and NYSE) arbitration hearings.

Rob serves as the chair of the Firm’s Practice Management Committee, and is a member of the firm’s Risk Management Committee. Rob previously served as head of the San Francisco office. Rob contributes pro bono hours to the Humane Society and Point Blue Conservation Science each year.

It’s common sense that, to protect a trade secret, the information must remain secret. However, when trade secret misappropriation claims arise and litigation ensues, the court and the parties involved need to understand at least the broad confines of the alleged trade secret. While the Federal pleading standard for a plaintiff’s complaint is the same regardless of what the trade secret may be—namely, that the plaintiff include sufficient particularity of the trade secret’s subject matter—what constitutes “sufficient particularity” will depend on the type of information alleged to be a trade secret. AlterG, Inc. v. Boost Treadmills LLC, a recent decision in the Northern District of California, highlighted this fact when the court found the plaintiff had adequately pleaded facts to describe one trade secret, but failed to do so for another. END_OF_DOCUMENT_TOKEN_TO_BE_REPLACED

Imagine the following scenario: Your company has filed several lawsuits around the world, all concerning generally the same subject matter, but against different parties because of jurisdictional limitations. The litigation overseas is subject to discovery rules that are far more limited than those available in the United States. The U.S. litigation has been stayed pending the result of the foreign matter. However, important information and witnesses that are useful in prosecuting the foreign litigation are located in the U.S., outside of the foreign court’s jurisdiction and applicable discovery rules. In this complex situation, is there any way to obtain that critical bit of information? Or can the U.S. witnesses evade all production and testimony because of jurisdictional bounds? END_OF_DOCUMENT_TOKEN_TO_BE_REPLACED

On Wednesday, a federal jury in the Eastern District of Texas declined to award any damages to Huawei Technologies Co., the world’s largest telecommunications company, stemming from its allegations of trade secret theft, employee poaching, and restrictive covenant violations against former employee Yiren Ronnie Huang (“Huang”) and startup CNEX Labs, Inc. (“CNEX”). Huang and CNEX, in turn, asserted counterclaims of trade secret theft against Huawei. Although the jury found Huang violated his post-employment obligations to Huawei and that Huawei misappropriated CNEX’s trade secrets, the jury did not award damages to either party. The verdict came after a contentious three-week trial before Judge Amos Mazzant on the parties’ dueling trade secret claims.

END_OF_DOCUMENT_TOKEN_TO_BE_REPLACED

Cryptocurrency has dominated the attention of the financial world for most of the past 12 months as Bitcoin’s value (as well as other cryptocurrencies’) soared over 1,500% in 2017 (though it has experienced some recent volatility).  While investors are happy to see their wallets growing, companies should be excited about the technology underlying most cryptocurrencies – blockchain – which has the potential to create a competitive advantage in trade secrets protection.

END_OF_DOCUMENT_TOKEN_TO_BE_REPLACED

The Defend Trade Secrets Act of 2016 was signed into law by President Obama on May 11, 2016. While the DTSA has been on the books for over a year, relatively few courts have addressed the ex parte seizure provision and even fewer have actually granted a seizure under the DTSA.  This is likely due to the DTSA’s requirement that courts order property seizures only in extraordinary circumstances.  In other words, courts are hesitant to grant DTSA ex parte seizure requests unless it is clear that the alleged misappropriator would disobey a TRO or preliminary injunction, or otherwise destroy, move, or hide trade secrets.  Courts continue to favor FRCP 65 TROs and preliminary injunctions to protect trade secrets from disclosure or destruction.  Under FRCP 65, courts can issue TROs and preliminary injunctions, but cannot order U.S. Marshalls to seize property from a defendant without notice.  The following cases are illustrative.

END_OF_DOCUMENT_TOKEN_TO_BE_REPLACED

Virgin Galactic expanded and continued its attack on its former VP of Propulsion, Thomas Markusic, and his new company, Firefly Space Systems, this month. Markusic co-founded Firefly around the time he left Virgin Galactic, and the two companies compete in the market for rockets capable of launching small and medium sized satellites into lower earth orbit. As the demand for services from such satellites increases steadily; the race to provide a more cost effective method for delivering those satellites into space is also growing and becoming more competitive. END_OF_DOCUMENT_TOKEN_TO_BE_REPLACED

As many loyal TSW readers know, we’ve been watching the ongoing saga involving ex-Korn Ferry recruiter David Nosal wind its way through the courts since the early days of this blog. And last month, the highly anticipated Ninth Circuit opinion in United States v. Nosal was issued on July 5, 2016 (“Nosal II”). This was the second time the Ninth Circuit had issued a ruling in the case relating to charges under the Computer Fraud and Abuse Act (the “CFAA”). In April 2012, an en banc panel dismissed five of the eight CFAA counts against Nosal (“Nosal I”). A jury subsequently convicted Nosal of the remaining three CFAA counts, as well as two Economic Espionage Act (“EEA”) counts in April 2013 and Nosal was sentenced to 366 days in prison, three years supervised release, community service, $60,000 in fines, and restitution. END_OF_DOCUMENT_TOKEN_TO_BE_REPLACED

Relief may soon be coming for trade secrets plaintiffs longing for federal court. Last year we covered the introduction of the Defend Trade Secrets Act (DTSA), compared it to the Uniform Trade Secrets Act (UTSA), and questioned whether federal court under this new law would be a preferable venue to plaintiffs. Since then, the bill, like the many that came before it, died in Congress. END_OF_DOCUMENT_TOKEN_TO_BE_REPLACED

“For a competition to be friendly, it should be scrupulously fair.” The Formula One world was recently jolted by allegations that a former Mercedes-Benz AMG engineer took highly-confidential information in anticipation of joining Mercedes’ chief competitor Ferrari. Mercedes recently filed suit in the High Court of Justice in the United Kingdom. To many in the Formula One world, the recent news is reminiscent of 2007’s “Spygate” controversy involving confidential technical data misappropriated from Ferrari. Nearly a decade later, the recent allegations underscore an important facet of Formula One: Formula One teams go to extraordinary lengths to protect their design secrets created at a cost of hundreds of millions of dollars. END_OF_DOCUMENT_TOKEN_TO_BE_REPLACED

We have previously reported about protecting trade secrets from disclosure after a FOIA request here and here. There is something to be said for immediate action and intervening to protect your trade secrets, but sometimes that just isn’t enough.

In a recent decision, the Central District of California denied a protective order for several documents submitted to the government that Exxon contended contain trade secrets. END_OF_DOCUMENT_TOKEN_TO_BE_REPLACED