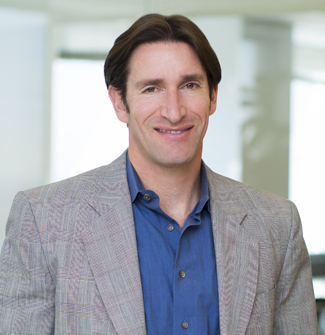 Mark also focuses on asset recovery for corporate crime victims such as those victimized by cybercrime, including theft of trade secrets, hacking, counterfeiting and other business crimes. In this regard, Mark routinely leads data breach and cybersecurity incident response efforts, as well as proactively advises on data breach mitigation strategies.

Mark has written many articles and has spoken extensively on many aspects of his practice. A frequent commentator on matters related to white collar crime, he has been recommended by Legal 500 in both White Collar Criminal Defense, and Cybersecurity.

What do kittens, three-time NBA Finals champion Stephen Curry, and cryptocurrency have in common?

On May 7, 2018, a subsidiary of Launch Labs, a Canadian corporation doing business as Axiom Zen, released cryptocollectibles called “CurryKittens.”  Cryptocollectibles are unique, digital tokens created using blockchain technology.  The CurryKittens, a type of Cryptocollectible, were virtual kittens with the likeness of NBA star Stephen Curry.  The CurryKittens were three of many virtual cats that could be securely bought, sold, traded, and bred on the multimillion dollar- generating CryptoKitties platform.  (An image of the now suspended “CurryKittens” can be found here.) END_OF_DOCUMENT_TOKEN_TO_BE_REPLACED

The Waymo v. Uber trade secrets litigation has been underway for less than two months but the case has already hit quite few speed bumps with multiple discovery battles, Waymo’s efforts to obtain a preliminary injunction from Judge William Alsup of Northern District of California, a fight over arbitration, assertions of 5th Amendment rights, and now an appeal to the Federal Circuit that has temporarily halted a portion of the district court proceedings.

As a quick recap of how we got here, Waymo alleges that one of its former key managers in charge of Waymo’s driverless car business, Anthony Levandowski, downloaded more than 14,000 files to start a competing company—Otto—that Uber later purchased.  The key technology relates to a LiDAR system, which is mounted on top of the car and gives the driverless car the ability to “see” other cars and obstacles.  Waymo is seeking a preliminary injunction enjoining Uber from using or disclosing any of Waymo’s trade secrets and from selling any devices based on Waymo’s patents.  In aid of the PI hearing on May 3, 2017, the parties are engaging in expedited discovery. Since this case started, the docket has been quite active and full of interesting, thorny legal issues. END_OF_DOCUMENT_TOKEN_TO_BE_REPLACED

A recent case in the Southern District of Florida serves as a reminder that even trade secrets may be subject to production to opposing counsel. Magistrate Judge Jonathan Goodman recently ordered a defendant “swingers’” club to produce its email distribution list to plaintiffs in Edmonson v. Velvet Lifestyles, LLC (S.D. Fla. Dec. 5, 2016). END_OF_DOCUMENT_TOKEN_TO_BE_REPLACED

Last week, the Texas Supreme Court provided its first opinion interpreting the Texas Uniform Trade Secrets Act in a case involving an issue that often causes discomfort to lawyers on both sides of the “v” in trade secret misappropriation cases: how much of their trade secrets do plaintiffs have to disclose to enable the defendant to adequately defend itself? The opinion in In re M-I L.L.C. d/b/a M-I Swaco, 2016 WL 2981342 (Tex., May 20, 2016) demonstrates this tension. END_OF_DOCUMENT_TOKEN_TO_BE_REPLACED

There are many ways to gain trade secret protection, but also many ways to lose it. As the recent motion to dismiss ruling in Fleetwood Packaging v. Hein from the Northern District of Illinois illustrates, how a company vacuum packs its confidential information can make all the difference between preserving it and watching it get spoiled by a competitor. END_OF_DOCUMENT_TOKEN_TO_BE_REPLACED

First rule of thumb in trade secrets litigation? A trade secret must be kept secret. It is painfully obvious, but modern practitioners must not grow complacent due to the convenience of electronic filing. Although trade secrets law does not command absolute secrecy, a recent e-filing snafu in HMS Holdings Corp. v. Arendt offers a cautionary tale from New York on how one botched upload could jeopardize a client’s most prized possession. END_OF_DOCUMENT_TOKEN_TO_BE_REPLACED

As many companies are considering purchasing cyber insurance, they often wonder: “Will my insurer be there when I have a data breach?”  Cyber insurers have generally been good in paying claims. But the recent lawsuit featured in this Orrick Client Alert demonstrates that as the landscape evolves, insurers may refuse to cover breach costs by arguing that insureds failed to meet “minimum requirements” for cybersecurity. Tending to cybersecurity policies and procedures before breaches occur is more important than ever. END_OF_DOCUMENT_TOKEN_TO_BE_REPLACED

Not everyone is happy about the proposed EU Trade Secrets Directive.  When we last touched on this topic a couple of months ago, the European Union looked poised to enact a sweeping new legal regime that would harmonize trade secrets law across all member states.  The new framework was supposed to be a single, clear, and coherent legal regime for the protection of trade secrets.   And it was aimed at making it easier for national courts to deal with the misappropriation of confidential business information, remove trade-secret-infringing products from market, and facilitate compensation for illegal actions. END_OF_DOCUMENT_TOKEN_TO_BE_REPLACED