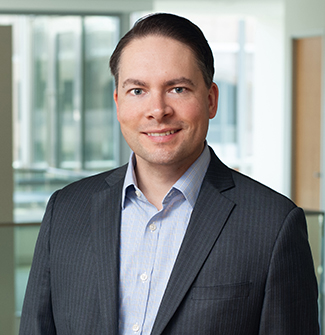 Vann Pearce serves as the Chief Practice Officer for the IP & Litigation Business Units and is a member of the Intellectual Property Group.

As a lawyer in the firm’s IP group, Vann’s practice focuses on patent litigation and related disputes. He has served as lead counsel in over 20 disputes, including matters with tens to hundreds of millions of dollars at stake, for clients including publicly traded U.S., Japanese, and European companies. He also counsels clients on patent licensing and portfolio development, particularly for companies developing 3D printing-related technologies. Vann co-founded Orrick's 3D printing practice.

We’ve blogged a lot about the Defend Trade Secrets Act in the roughly year-and-a-half period since the law was enacted.  Our coverage has run the gamut:  from the first jury verdict under the DTSA, to the U.S. Patent and Trademark Office’s emerging interest in trade secrets, to the once-controversial ex parte seizure provision that, so far, has been used very little in practice. END_OF_DOCUMENT_TOKEN_TO_BE_REPLACED

Earlier this month, a Nashville, Tennessee company filed a federal lawsuit against its former employee alleging trade secrets misappropriation under the Defend Trade Secrets Act, among other claims.  The plaintiff, Marquee Dental Partners, LLC, operates dental offices in Tennessee, Alabama, and Kentucky.  Marquee purchases existing dental practices and provides administrative services to those practices allowing the doctors and support staff to focus on clinic services and patient care.  In a particularly strongly-worded introductory sentence, the complaint reads: “This case shows what it means to be a faithless corporate executive.”  END_OF_DOCUMENT_TOKEN_TO_BE_REPLACED

Take off your eclipse glasses, close that NASA photo gallery, and stop thinking about how “path of totality” would make an awesome band name: it’s time to get back to work. As the country recovers from Eclipse Mania 2017, we take a look at some space-related trade secrets cases.

Someone might be stealing your trade secrets behind your back! A federal court found that’s what happened to Pacific Aerospace & Electronic, Inc. (PAE), a company that designs components for electronic circuitry in the aerospace and space exploration industries and whose products are used on the Hubble Telescope and the International Space Shuttle.  According to PAE, the specialized nature of its business makes the identity of its customers—who are relatively few in number—critical to its business success.  That’s why it was a problem when two PAE employees who had access to proprietary information about PAE’s technologies and customers left for a rival company, RAAD Technologies, Inc.  One of the former employees allegedly copied backup tapes of design information weeks before leaving, and both employees allegedly compiled a list of prospective customers after leaving which they gave to RAAD’s sales representative for use in soliciting business.  PAE brought a claim for misappropriation of trade secrets (among others) against these former employees and RAAD in the Western District of Washington, and moved for a preliminary injunction.  The court ruled that PAE’s detailed customer information was a protectable trade secret, and that PAE risked irreparable harm in the absence of an injunction and would likely prevail on the merits of its misappropriation claim.  However, the court limited the scope of injunctive relief only to future misuse of the trade secret customer list, rather than ongoing misuse—i.e., continued sales to wrongfully-acquired customers—as PAE had requested.  The court reasoned that given the importance of PAE’s (and later RAAD’s) customers, public interest concerns favored permitting these ongoing business relationships and remedying any harm by an award of monetary damages.

END_OF_DOCUMENT_TOKEN_TO_BE_REPLACED

Within days of each other, your clothing company―Free Country Ltd.―loses two employees who decamp to a rival to set up a competing apparel line.  You discover that just before leaving, they transferred some 50,000 documents to a personal account—customer orders, your master contact list, and product design information.  Incensed, you file a trade secrets lawsuit and seek an injunction prohibiting the thieves from soliciting your customers.  Their defense amounts to, “so what if we took the documents―it’s a free country!”  Easy win, right?  Wrong.  These are the facts of a recent trade secrets lawsuit in the Southern District of New York, in which the court denied the plaintiff’s request that its former employee defendants be prohibited from soliciting plaintiff’s customers. END_OF_DOCUMENT_TOKEN_TO_BE_REPLACED

What happens when trade secret protections collide with laws granting public access to government records? This question took center stage in a recent case involving the Seattle Police Department (“SPD”). A federal district court enjoined the SPD from disclosing a software vendor’s allegedly trade secret information in response to a reporter’s public records act request.  Besides serving as a reminder of the precautions that companies should take when disclosing intellectual property to public agencies, the case also raises interesting questions and strategic considerations. END_OF_DOCUMENT_TOKEN_TO_BE_REPLACED

Here at TSW, we continue to watch closely the case law developing under the new Defend Trade Secrets Act of 2016 (DTSA), which attempts to harmonize divergent state laws by creating a single federal framework for trade secrets misappropriation lawsuits. The Northern District of California appears to have won the race to be the first federal court to enter a written decision under the DTSA. The early rulings in this case already give us some food for thought when it comes to litigating trade secret claims under the DTSA. END_OF_DOCUMENT_TOKEN_TO_BE_REPLACED

A recent development from the 3D printing world reminds us that threats of trade secret misappropriation are more varied than cyber-espionage or the disgruntled employee taking confidential information to a competitor. With exciting new technologies come “exciting” new ways to steal trade secrets. Sometimes all it takes to steal a secret is being a good listener. END_OF_DOCUMENT_TOKEN_TO_BE_REPLACED

We have written before about business collaborations gone sour that lead to trade secret misappropriation lawsuits.  In a recent example, The Weather Channel convinced a court to wash away claims that its use of data from a former licensor violated trade secret laws.  We can take away some useful lessons from how both parties approached this relationship and the treatment of sensitive data. END_OF_DOCUMENT_TOKEN_TO_BE_REPLACED

Can a non-profit charity have trade secrets?  The Red Cross thinks so.  Its claim to trade secret protection over information related to Hurricane Sandy relief efforts made headlines and left some journalists and activists feeling, well, cross.  But is the Red Cross’s trade secrets claim really so unusual?  And what can other non-profits learn from it?