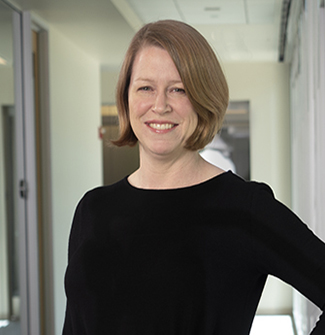 Underscoring her commitment to helping others, Tracy also searches for ways to use her legal skills to help the community. She dedicates significant hours each year to various pro bono causes, including serving and supporting those affected by domestic violence. Prior to Orrick, Tracy worked with her law school’s Domestic Violence Advocacy Project, where she represented individuals who sought to obtain or enforce civil protection orders in the District of Columbia Superior Court. She was also a legal intern at the United States Holocaust Memorial Museum in Washington, D.C. in 2000.

She has advised hundreds of employers on the complex legal, compliance and human resource challenges associated with today’s workplace. Her years spent litigating high-stakes disputes allow her to see the full landscape of an issue, and therefore pinpoint pitfalls and opportunities that others might overlook. Tracy also knows that cost and sensibility go hand in hand. Whether working with clients in the startup space or large corporations, she aligns her legal advice with each clients’ culture, as well as its business and financial objectives.

Tracy honed her litigation skills as an attorney in Orrick’s employment group from 2002-2015. In 2015, she joined Facebook to gain in-house experience as a company investigator. In that role, Tracy identified potential legal or company policy violations to help the company proactively address workplace issues. Upon her return to Orrick in 2016, Tracy found her niche as an advisor, focusing her practice exclusively on employment advice and counseling.

A California Court of Appeal recently issued an order in Ward v. Tilly’s, Inc. finding that certain on-call scheduling practices trigger “reporting time pay” requirements even when the employee does not actually come into the work site. END_OF_DOCUMENT_TOKEN_TO_BE_REPLACED

Taking a second look at the use of “no future employment” provisions in a settlement agreement between a doctor and his former employer, the Ninth Circuit Court of Appeals recently held that two of the three provisions constituted “restraints of substantial character” that ran afoul of California’s restriction on noncompete clauses. Golden v. California Emergency Physicians Medical Group, No. 16-17354 (9th Cir. July 24, 2018) (“Golden II”).

In 2007, Dr. Donald Golden, an emergency room surgeon, sued his former employer, California Emergency Physicians Medical Group (“CEP”), claiming that he had been fired because of his race.  After mediation, the parties orally agreed to settle the dispute. However, Dr. Golden later refused to sign a written settlement agreement, arguing that three provisions therein violated the restriction on noncompete agreements embodied by California Business and Professions Code Section 16600. Section 16600 provides that, aside from certain exceptions, “every contract by which anyone is restrained from engaging in a lawful profession, trade, or business of any kind is to that extent void.”

Dr. Golden challenged the following provisions of the proposed settlement agreement as violative of Section 16600:

The district court originally granted a motion to enforce the agreement and ordered Dr. Golden to sign, reasoning that the provisions would only prevent him from working for, not competing with, his former employer CEP, and thus Section 16600 did not apply. When the Ninth Circuit first considered this issue on appeal (Golden I), it  reversed, holding that Section 16600 applies not only to noncompetition agreements but to any contractual provision that places a “restraint of a substantial character” on a person’s ability to practice a profession, trade, or business.  The Ninth Circuit remanded the case to the district court to apply this standard, but the district court again ordered Dr. Golden to sign the settlement agreement, concluding that the disputed provisions did not constitute a restraint of a substantial character.

Addressing the dispute a second time in Golden II, the Ninth Circuit clarified that to meet the “restraint of substantial character” standard, “a provision need not completely prohibit the business or professional activity at issue, nor does it need to be sufficient to dissuade a reasonable person from engaging in that activity…[b]ut its restraining effect must be significant enough that its enforcement would implicate the policies of open competition and employee mobility that animate [Business and Professions Code] section 16600.”

The Ninth Circuit concluded that the first clause prohibiting Golden from working at any facility contracted by, owned, or managed by CEP was valid, as its effect on Golden’s ability to practice medicine was minimal. However, the court held that the second and third restrictions proposed by CEP would “easily rise to the level of a substantial restraint, especially given the size of CEP’s business in California.” CEP currently staffs 160 healthcare facilities in California and handles between twenty-five and thirty percent of the state’s emergency room admissions. Because the second and third restrictions would affect Golden’s “[existing] and future employment at third-party facilities” where CEP provided services, even if the CEP services began after Golden’s employment, and even if CEP’s services did not compete with the services Golden provided, the provisions ran afoul of Business and Professions Code Section 16600.

The Ninth Circuit’s recent decision is a good reminder that California generally disfavors noncompete agreements. California employers may wish to review their separation/settlement agreements with this case in mind or to consult with counsel to ensure that their agreements comply with California law.

In tandem with the growing #MeToo movement, sexual harassment appears to be top of mind for California legislators in 2018. In the wake of Harvey Weinstein, Bill Cosby and the like, California has been flooded with an unprecedented number of bills aimed at combatting sexual harassment.  The 20+ pending bills take on topics ranging from confidentiality provisions to increased mandatory harassment training.  Now more than ever, employers must pay heed to how sexual harassment issues are handled at their companies. Here are the highlights from the top 10 bills that – if passed – will most likely impact employers:

Senate Bill 820 would prohibit settlement agreement provisions that prevent the disclosure of facts related to claims of sexual assault, sexual harassment or sex discrimination cases. Otherwise known as the STAND (Stand Together Against Non-Disclosures) Act, the bill would apply to agreements entered into after January 1, 2019 and would create an exception where a complainant requests a nondisclosure provision (unless the defendant is a government agency or public official, in which case the exception would not be available). The STAND Act passed the Senate Judiciary Committee on May 1, 2018 with a vote of 5-1, and is now headed to a full vote in the Senate. Assembly Bill 3057 contains similar prohibitions, and is currently in the Assembly Appropriations Committee. END_OF_DOCUMENT_TOKEN_TO_BE_REPLACED

California has some of the most employee-friendly laws in the country, many of which turn on whether the allegedly wronged employee is seeking to recover “wages” due. The Ninth Circuit Court of Appeals recently asked the California Supreme Court to resolve a tension in existing case law about what constitutes a “wage,” with potentially far-reaching impact for employment cases—in particular, those involving meal and rest period claims. END_OF_DOCUMENT_TOKEN_TO_BE_REPLACED

In a recent oral argument before the U.S. Supreme Court, the justices considered a narrow procedural issue that could have broader implications for the subpoena power of the U.S. Equal Employment Opportunity Commission (“EEOC”).

At issue in McLane Company, Inc. v. EEOC is the standard of review applicable to district court decisions in proceedings brought to compel compliance with EEOC subpoenas issued in administrative investigations.  While all the other circuits to have considered the issue have applied an abuse-of-discretion standard, the Ninth Circuit held that such decisions are subject to de novo review. END_OF_DOCUMENT_TOKEN_TO_BE_REPLACED

On August 26, 2016, a North Carolina federal judge blocked the University of North Carolina (UNC) from enforcing a state law requiring transgender people to use bathrooms and locker rooms corresponding to the sex on their birth certificates.

With the passage of House Bill 2 (HB2) in March 2016, North Carolina became the first state to ban people from using restrooms consistent with their gender identity in government buildings and schools.  News of HB2 stirred up a public outcry, including a Department of Justice lawsuit and the NBA’s decision to relocate the 2017 All-Star game from Charlotte, North Carolina to another location.

END_OF_DOCUMENT_TOKEN_TO_BE_REPLACED

The California Supreme Court recently issued an important victory for franchisors, finding that a franchisor does not stand in an employment or agency relationship with the franchisee and its employees for purposes of holding the franchisor vicariously liable.

END_OF_DOCUMENT_TOKEN_TO_BE_REPLACED

On Tuesday, August 19, 2014, the U.S. Department of Labor issued a directive to “clarify that existing agency guidance on discrimination on the basis of sex . . . includes discrimination on the bases of gender identity and transgender status.”  This directive follows President Obama’s Executive Order 13672, issued on July 21, 2014, amending existing orders to specifically prohibit federal contractors from discriminating based on gender identity.